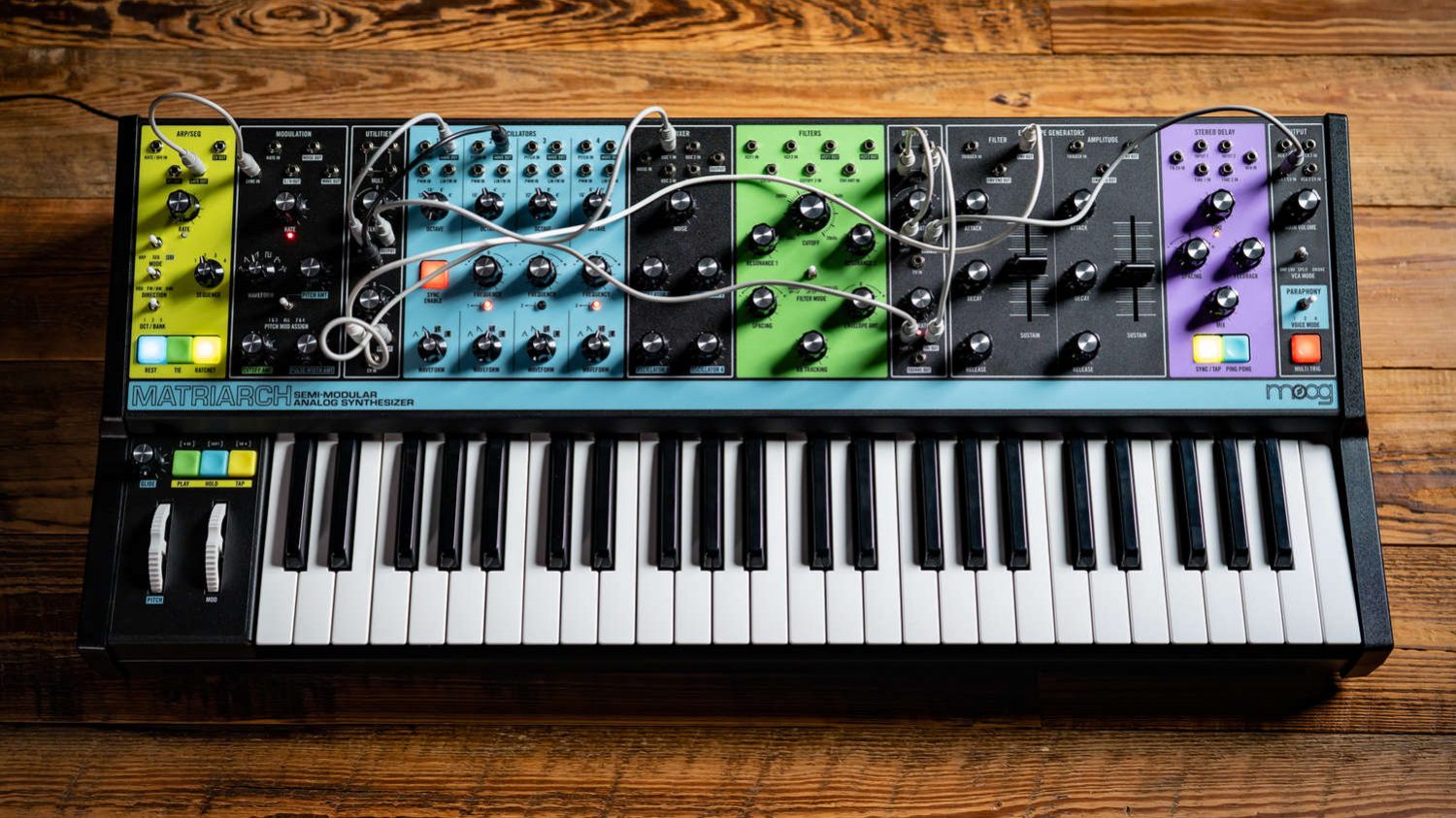 Moog. The name alone conjures the thought of a beautiful sound, and a different sound for each of us. Now, Moog is giving us an entire family of incredible semi-modular synthesizers. First, we were given the Mother-32. Next, we got the Grandmother. And finally, just in time for May, we’ve been presented with the newest offering — the Moog Matriarch.

At first glance, the new synth bears striking resemblance to the Grandmother. The simple, colorful layout helps to retain the educational value that was brought by the Grandmother as well. So how is the Matriarch different? The Matriarch boasts twice as many oscillators, clocking in at four. Its keyboard has also grown a bit. Instead of the two and a half octave keyboard sported by the Grandmother, the Matriarch will bring a full four octaves to the table. This makes it a great synth for the gigging synthesist, and for the serious pianist looking to break into a new world of sound. What’s more, the Matriarch also includes a more functional filter section and opt for a built in stereo analog delay, instead of it’s daughter’s spring reverb. This will also give the buyer much more control over the time based effects, which is always helpful.

Just like its little sister, you won’t need a single patch cable to create incredible sounds with the Matriarch. But for those of us who have grown somewhat tired of turning knobs and pushing faders, the Matriarch’s power will be compounded by its many, many patch points. But the best part about this synth? The next generation. The Grandmother and the Matriarch are both synths that have been laid out in a fashion that is perfect for teaching synthesis. The next generation of synth players can learn a lot from this synth, while not getting overwhelmed or bored. In other words, the Moog Matriarch is arguably the perfect machine for every player.

You can get the Moog Matriarch for yourself straight from Guitar Center, where it’s available for $1,999.