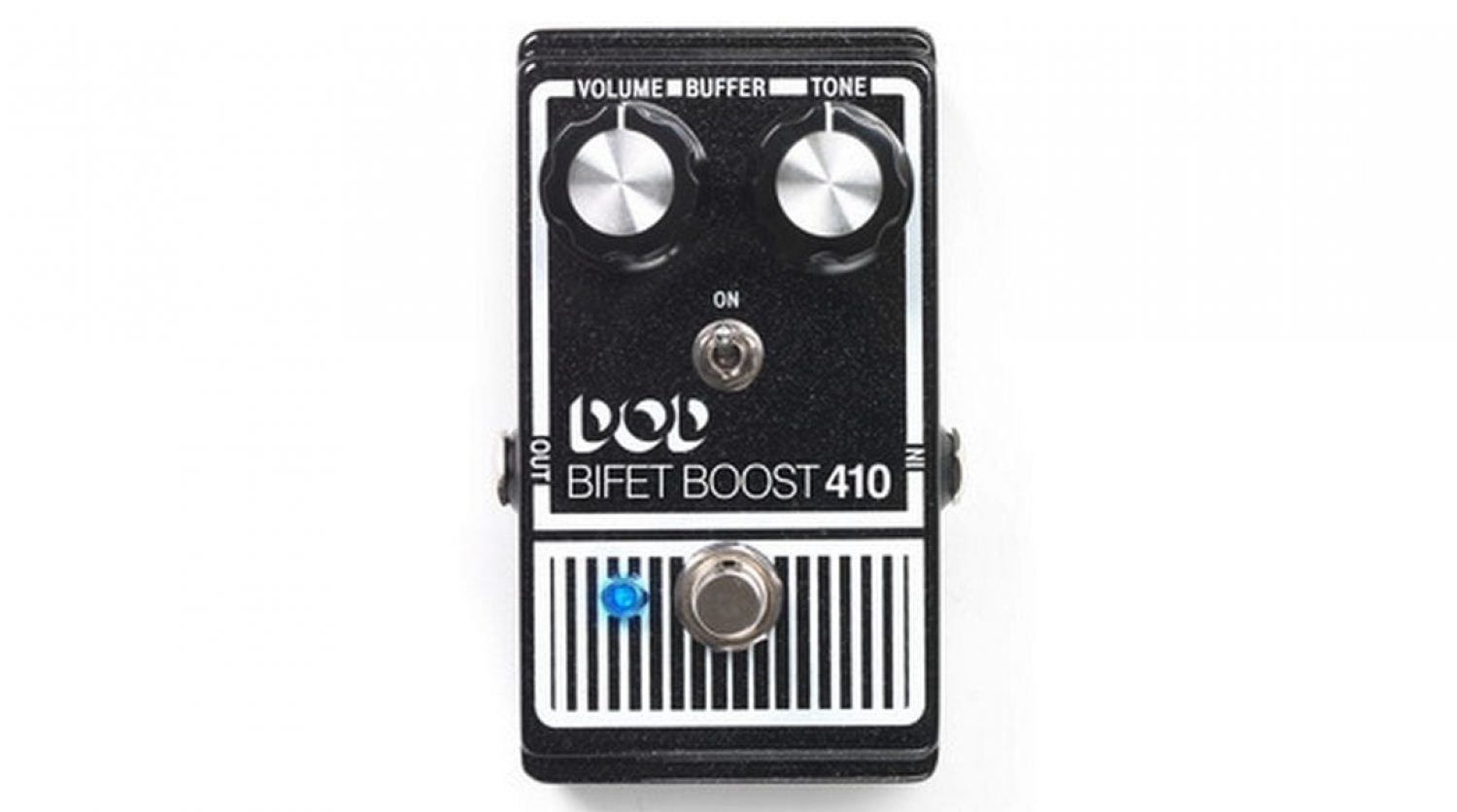 DOD has been announcing a number of new guitar pedals of late, and today they announced another. The new reissue is the Bifet Boost 410, and according to DOD it “has the tone and volume to boost your solos into orbit.”

The Bifet Boost 410 also offers independent volume and tone controls, the volume for controlling the amount of boost, and the tone for either treble or bass boosts. Not only that, but it is also true bypass, which is different than the original.

The Bifet Boost 410 (2014) is not yet available for sale, but keep an eye on AllThingsGear to find out when it is!