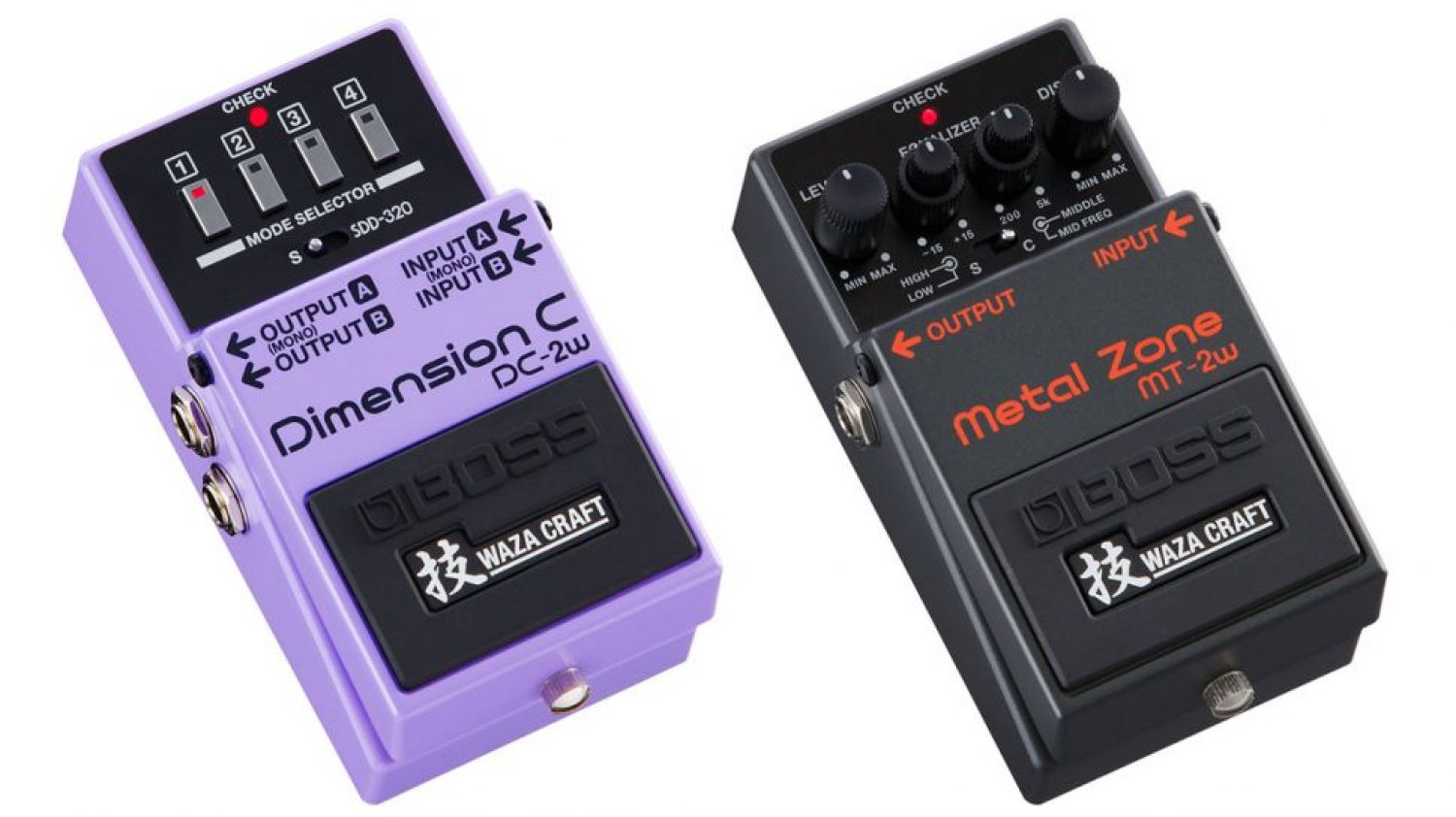 Boss has had a long history of creating quality, yet affordable stompboxes for guitar players of any age or proficiency. On Wednesday, it announced two new additions to that legacy with the Boss Metal Zone (MT-2W) and Boss Dimension C (DC-2W) — two pedals that have had previous releases, and refined by Boss to include Japan’s signature Waza craft tone element into each.

The Boss Metal Zone (MT-2W) is a refinement by Boss on the classic MT-2 model that has been in the company’s top 3 best sellers for over 25 years, second only to the DS-1 Distortion pedal that continues to reign. Like it’s predecessor, it provides a powerful mid-range driven heavy metal crunch to the input signal, and the now infused Waza craft components push it straight over the edge.

The pedal comes complete with two modes — standard and custom. In standard mode, the user is delivered the classic high-mids driven metal tone, whereas in custom mode the user has more versatility in driving home the perfect crunch they desire.

The original Boss Dimension C (DC-2W) has a long history as a stompbox sought after by a flurry of guitarists and other musicians for their pedalboards and engineers for their studio collections. It contains two distinct chorus effects, one flanger and one leslie mimicker.

Now improved upon and refined with Waza power, the effects can be combined in a multitude of ways to perfectly achieve the user’s ideal amount of modulation. Like it’s twin brother release, the DC-2W also has two modes: standard which emulates the original DC-2, and SDD-320 which emulates its sonic influencer outboard unit, aptly called the Dimension D SDD-320.

The MT-2W and DC-2W both hit the market with very palatable prices. You can pick up your very own Boss Metal Zone MT-2W for just $149, and the Boss Dimension C DC-2W for $229. The two pedals are available from the Reverb.com online store.