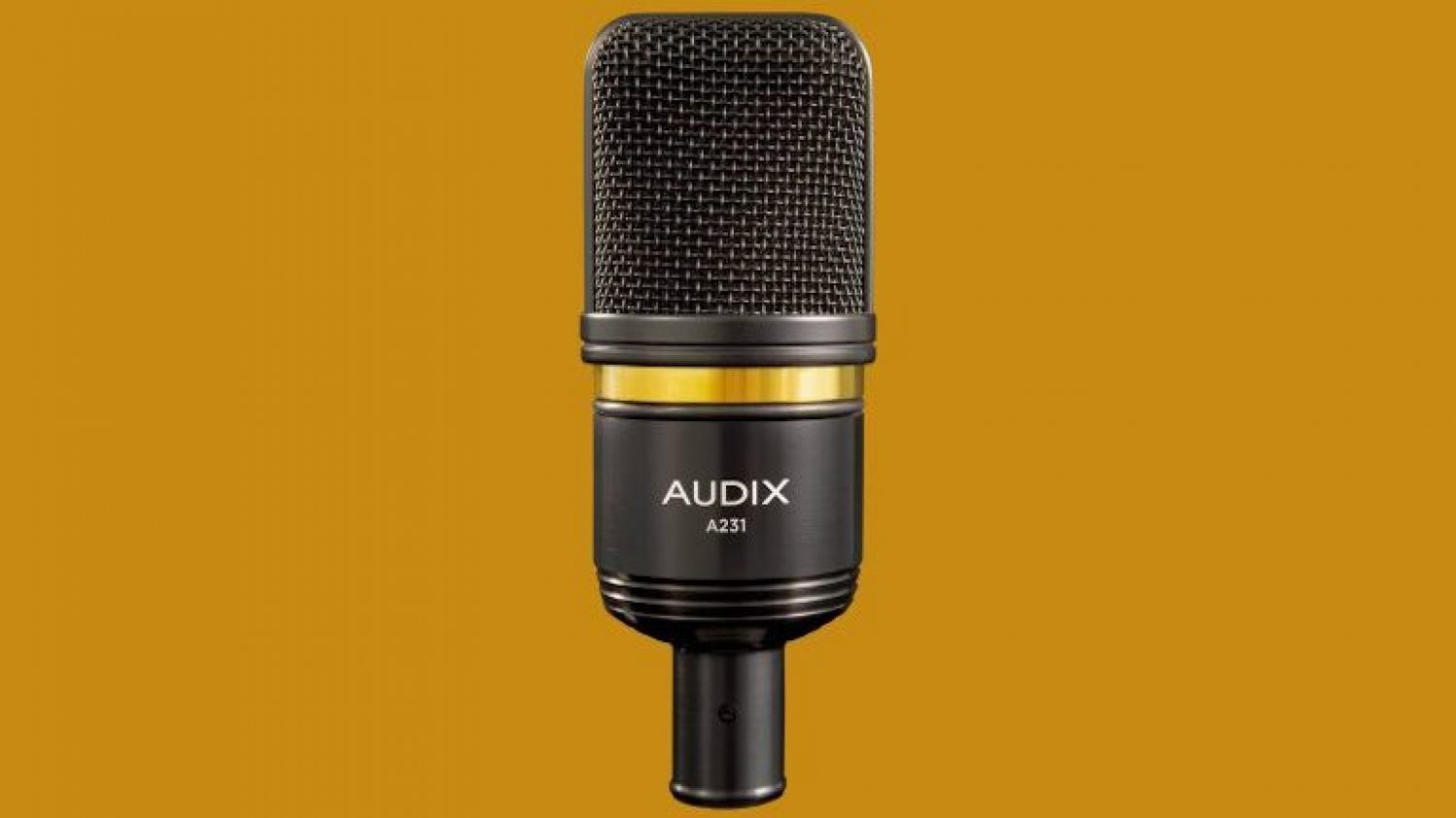 Around this time last year, Audix Microphones came forward with a set of two new large-diaphragm condensers, the A131 and A133. Now, Audix has officially returned with its latest (and possibly greatest) of the bunch, the Audix A231. Sporting a similar design size and shape as last year’s mics, the A231 aims to one-up the company’s last effort with an even higher-performing (and higher-priced) mic. Let’s dive into the latest Audix large-diaphragm condenser, and see what it has to offer this time around.

The Audix A231 sports a compact body size, similar to that of the A133. Housed in its grille is a gold-plated 33mm capsule, which according to Audix, calls for a 25% larger membrane than typical LD condensers. It captures signal in a standalone cardioid pattern and supports the full frequency spectrum of 20Hz to 20kHz. The mic performs best with vocals, as it has a 128dB dynamic range rating, and effectively cuts out unwanted noise. Additionally, it will effectively capture up to 140dB SPL of incoming signal, which stands strong when compared to many other mics at its level.

The design is fairly similar — again to last year’s mics. It has an all black color scheme which looks very appealing to the eye. For an extra kick of looks, Audix added a gold ring separating the body from the mesh grille, making it easier to identify from a distance. When purchased, users will also get a zippered carrying pouch and a heavy-duty nylon DCLIP for mounting on a stand. Price-wise, the Audix 231 rings in at a whopping $799. Hiking up around $300 compared to last year’s A133. However, if the microphone indeed delivers as Audix promises, we’d argue it could be well worth the extra cash. To learn more about the Audix 231 large-diaphragm condenser mic, check out its page here on Audix’s website where you can also purchase when you’re ready.