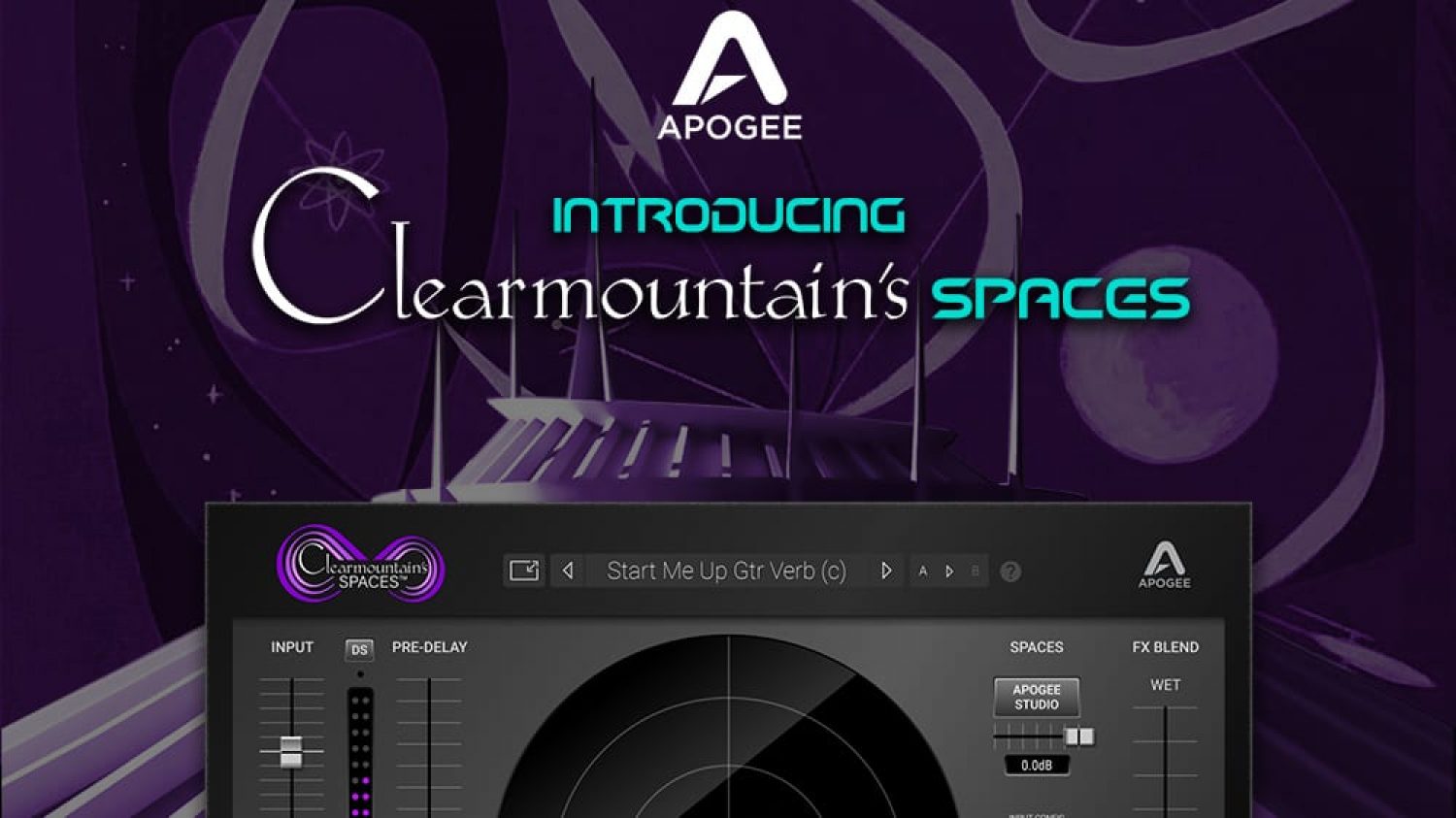 Since the launch of virtual effects plugin Clearmountain’s Domain last year, it seems that the efforts by Apogee and Robert Clearmountain have continued. The team involved has just released its second collaboration with the legendary ‘Stones’ and Springsteen producer, called Clearmountain’s Spaces. Delivering the best of Clearmountain’s signuature time-based reverb tones, all in a very affordable package.

Clearmountain’s Spaces from Apogee brings a more ‘lite’ version of Domain’s available features. With this new program, Apogee focused its efforts solely on reverb. Since reverb environments played such a key role in the Domain plugin, this is certainly a natural next move. In Clearmountain’s Spaces, users can choose from any of three available, customize-able spaces. Users can adjust each space individually using pre-delay, applying an optional 3-band EQ, a De-Esser, and the same large wet/dry mix knob we saw from its big brother last year. Another returning feature is the large visualizer that sits front and center, and responds when the reverb is actively working. Finally, a large library of presets modeled after hits such as ‘Start Me Up’ makes a reappearance in Spaces.