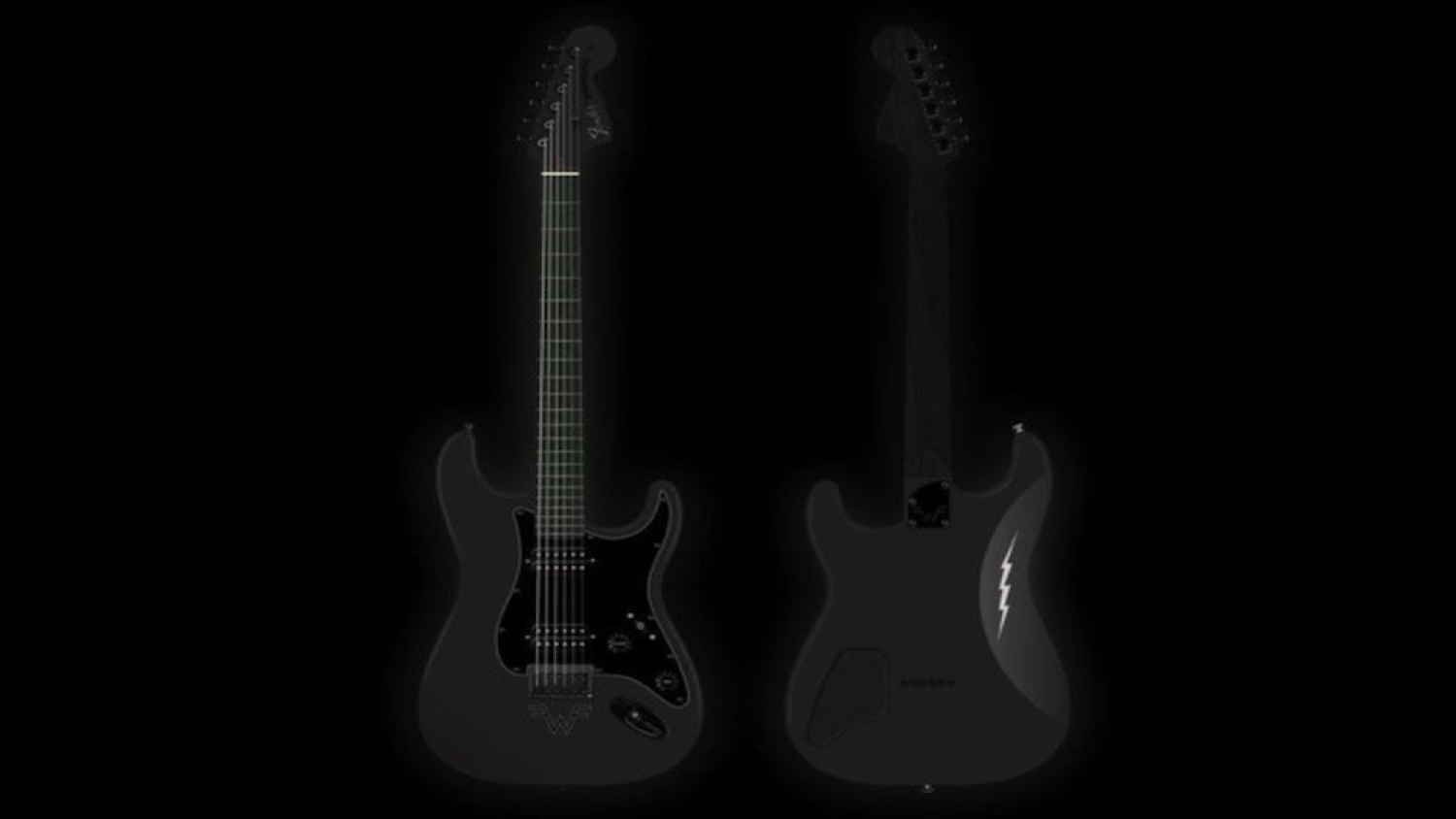 Ever since their breakout debut album “The Blue Album,” all the way through today with the newly released “Black Album,” Weezer have left a major mark in the modern rock scene for several years now. With the spirit of a new album under the band’s belt, they have decided to team up with Fender for a very rare and special project. This collaboration comes in the form of a single guitar — and we don’t mean a single design with many versions available for purchase as we typically see.

The new all-black signature Weezer Stratocaster is being made a single time, which will certainly make it an extreme rarity. The guitar is going to be given away as part of a sweepstakes on the band’s official website. All that you have to do is sign up and register, and you are officially entered — but please don’t get your hopes up.

While this guitar is certainly rare, it is quite visually appealing as well. It sports an all-black color scheme among the body, pickguard, and neck. Additionally, white accents can be found throughout as well in the Fender logo on the headstock, as well as a Weezer “W” logo just below the bridge and on the neck plate, as well as a lightning bolt on the back of the guitar.

In addition to the extremely rare edition black Stratocaster for sale in promotion of “The Black Album,” Weezer has also put up other extremely random items for sale or giveaway. Including a Rivers Cuomo magic 8 ball, a 35mm black disposable camera, a lifetime supply of Weezer Sharpie markers, a black mood ring, and an actual jug of pork and beans. (Get it? Like the song.)

All joking aside however, this one-off edition signature Strat from Weezer definitely looks appealing, and we hope that it sounds just as great to whoever ends up with it after the sweepstakes ends.