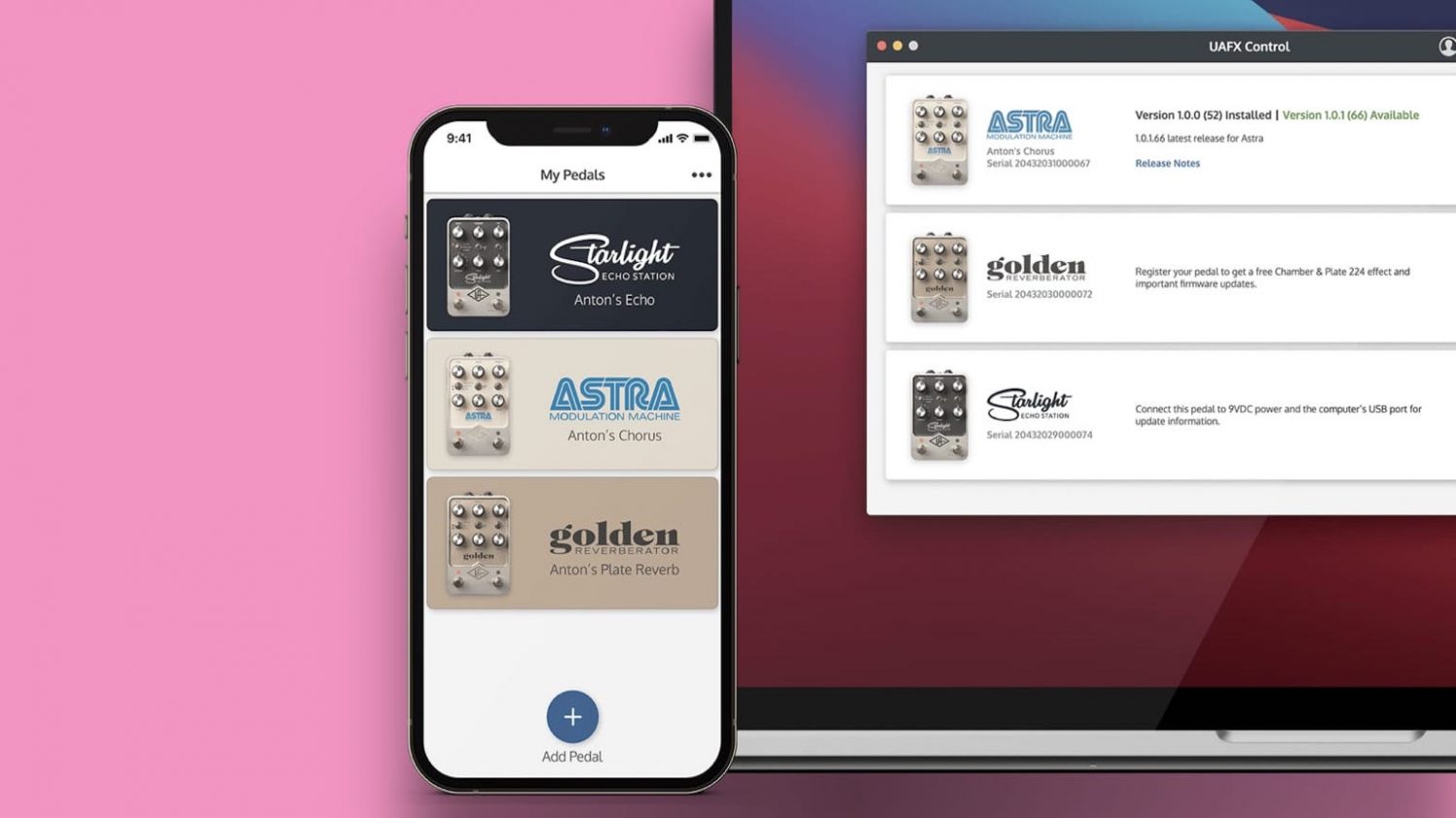 Guitar players can attest, while foot-switch changes are fairly easy during performances, sometimes adjustments have to be made to other settings on the pedal, which can get difficult. Typically, this involves the player reaching down to manually press buttons or turn the appropriate knobs. Luckily, Universal Audio has just announced a new smartphone app that will ease these changes involving its recent UAFX line. The new app is called UAFX Control, and while its practical functions are pretty simple right now, we have big hopes for its future.

Upon setup, the UAFX Control app appears quite simple and easy to use. Users can download it free on either iOS or Android devices, from their respective app stores. Once installed, the player can then pair any Universal Audio pedals in their collection to be controlled via Bluetooth. As of launch, the app admittedly has some pretty limited controls, however. Its current abilities consist of switching between true and buffered bypass, turning preamp coloration on or off on Starlight, and accessing additional foot-switch modes on both Astra and Starlight. Finally, firmware updates to all pedals can be done through the app as well. Again, while these are fairly basic to start with, we suspect Universal Audio has more in store for UAFX Control app users moving forward.

Paired with the app’s release, Universal Audio dropped another perk in for UAFX users. When a pedal is connected to the computer and registered on UA’s website, some free bonus effects come with it. These include a new ‘Chamber & Plate’ effect for Golden Reverberator, and ‘Cooper Time Cube’ for Starlight Echo. Astra Modulator users, however, receive two bonus settings — including both the ‘Dharma 61’ harmonic tremolo, and ‘Phaser X90’ vintage phaser.

Overall, the UAFX Control app brings some very key features for guitar players to utilize moving forward. While many would like to see more intuitive controls at launch, you can rest easy as these are likely on the horizon. If you haven’t picked one up yet, check out our rundown on all four pedals in the UAFX line. Each one costs $399, and can be purchased through many dealers online or in stores. Otherwise, check out Universal Audio’s website for other info on these, as well as its other awesome products.

The “djay” iOS app from Algoriddim is now free