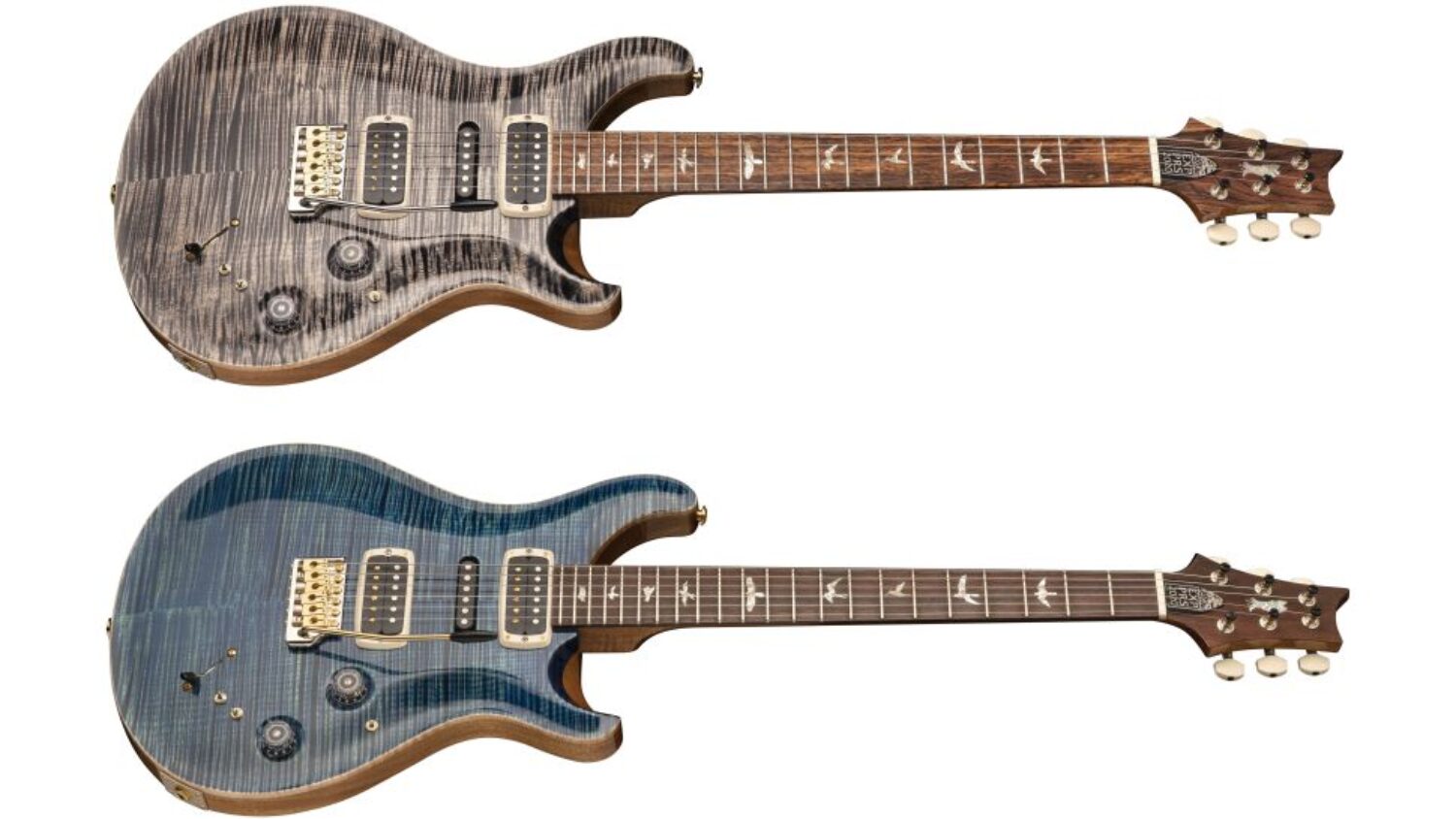 Although fans of PRS Guitars did not receive the “Experience PRS” trade show this year in person, they now have some good news. The show this year was held virtually due to COVID-19. Yet still provided a chance for its fans to look at the coolest new guitars PRS has to offer. In keeping up with its own tradition, the company released a new guitar specifically in honor of its 2020 show. Officially dubbed the Experience PRS 2020 Modern Eagle V, this guitar’s biggest characteristic is its wide variety of tone.

This Experience PRS 2020 special edition guitar, borrows its looks from last year’s limited run Modern Eagle V. It sports a mahogany neck and back body, and a veneer on the headstock. Marking its uniqueness from last year’s Modern Eagle V is a truss-rod cover with “EXP PRS 2020″ on it. It has a 22-fret, 25” scale fretboard made of Honduran rosewood. The head contains tweaked phase 3 locking tuners, and a PRS patented generation 3 tremolo at the bridge.

An array of pots and switches are housed at the bottom, including the typically found 5-way blade switch, a master volume and master tone. Aside from this however, are two mini toggles to independently split the bridge and neck coils, a third mini toggle which changes the impedance of the volume pot, and a push or pull feature on the tone. Which together, create a system of 17 pickup combinations, which doubles to 34 achievable tones when factoring in the two-way tone toggle on each.

The Experience PRS 2020 Modern Eagle V is available to purchase at a total of only 33 dealers nationwide. To learn more about the guitar itself, or where your nearest dealer is, please visit its page on PRS Guitars’s website.