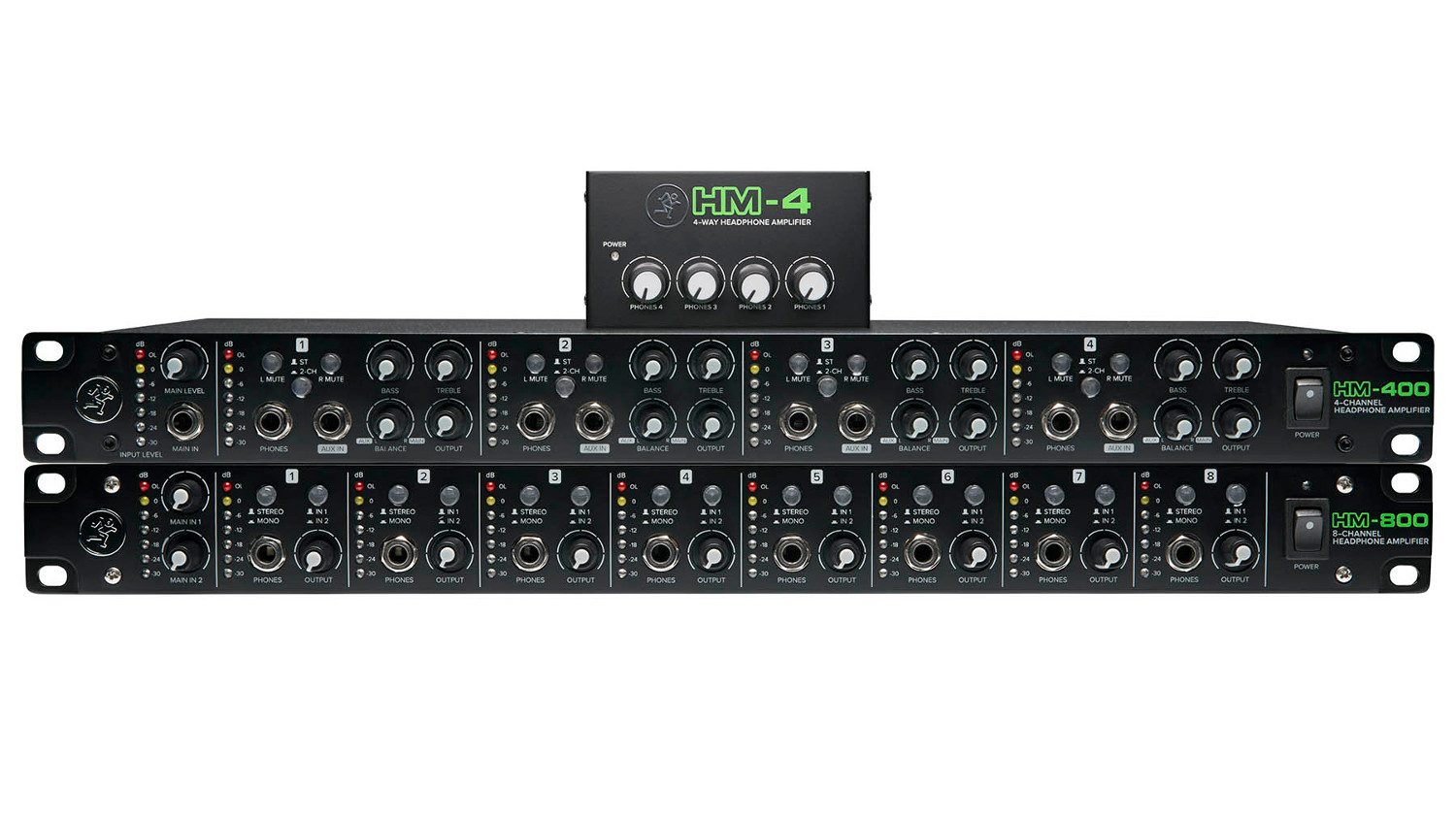 Mackie is on a roll. The company has announced a series of new products at NAMM 2018, including two new HM headphone amplifiers — the Mackie HM4, HM-400 and the Mackie HM-800.

The new devices are built with a top-tier construction quality, but more importantly they’re built to bring a range of new tools to small and medium studios. The HM-4 is built as the ultra-compact model in the series, and it, like the name suggests, offers a total of four headphone outputs with a simple volume knob for playback control. Unlike the other two devices, the HM-4 is not rack-mountable, but instead aimed at being portable and quick.

The Mackie HM-400, on the other hand, is rack-mountable, and like the HM-4 it offers a total of four headphone outputs. It goes the extra mile, however, with its main output controls, three-band EQ, an aux in for each output, and the ability to mute left or right channels. That makes it a whole lot more versatile than the HM-4. Last but not least is the HM-800, which basically takes the versatility of the HM-400, but does away with the EQ (which you may not use much for headphones anyway), and offers eight outputs instead of four.

“With our rich history providing solutions for studios and broadcast applications, it makes sense to design a comprehensive headphone distribution lineup,” says Ryan Cassady, Mackie Product Manager. “With three different models, there’s a solution for any studio with the Mackie sound and build quality they expect.”

The move does make sense for Mackie — and it’s perhaps about time that this line is on offer. Other companies have certainly offered a lot in the headphone amplifier space, but Mackie has been making some serious headlines in the past year or two for offering high-quality, inexpensive products for home, small, and medium studios. We know this first hand — the Mackie Onyx Producer 2•2, Mackie Big Knob Studio, and Mackie Big Knob Passive all scored excellently in our review — and for good reason. We expect that trend to continue in 2018, especially given Mackie’s announcements so early in the year.

Believe in Music 2022: Use pro microphones while streaming on-the-go with Mackie M-Caster Live