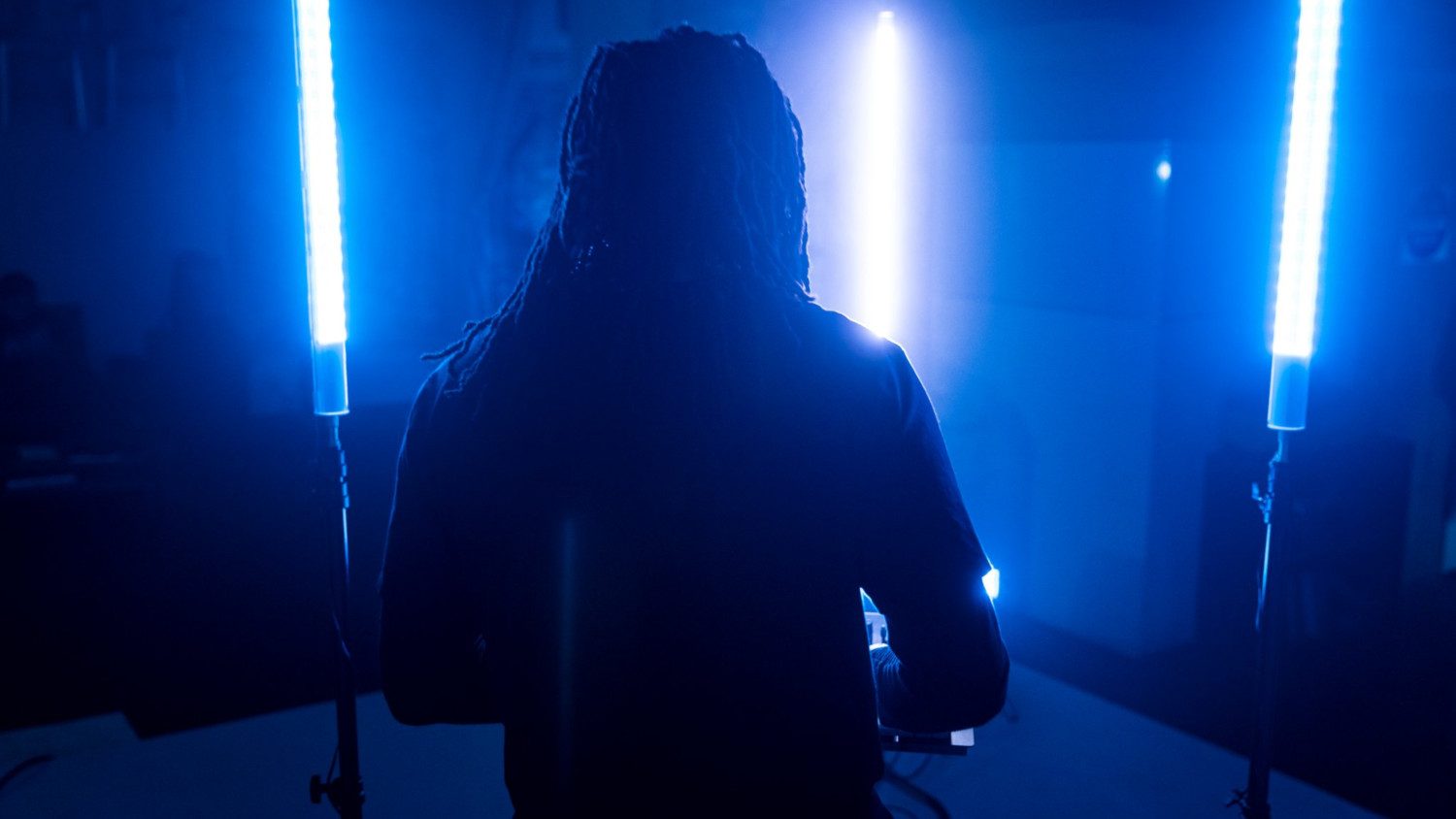 As we wind down from the end-of-year holiday season spent with family, friends, or any other loved ones, and begin our preparation for the new year, most music companies are celebrating their successful season with some down time. Because of that, in the last few days we have seen a little bit of a ‘lull’ period in terms of new announcements and releases from most. However, Korg took full advantage of the silent week, and unlike its other competitors, headed straight for its Twitter account in order to tease “something new,” as they put it. This has definitely made a mark and caused a bit of a stir among fans of Korg’s recent products.

#2019 is almost here…and we're ready for something new 🙌 pic.twitter.com/zux3NqLRVm

The tweeted picture has caught the eye of many Korg fans, and the picture serves as a great addition to the teaser. In the image, we see a model with their back to us, and three vertical blue lights on stands facing them. Behind the crevice of their upper arm however, we get a very small look at what this new teaser from Korg might be for. It appears to be either some kind of keyboard, or keyboard-like product — though of course that’s not really much of a surprise given Korg’s history with keyboards. Otherwise, it also appears as though it could be a different type of MIDI controller, perhaps percussion based — although no drumsticks or other beaters appear to be present in the photo. Either way it is certainly not out of the question since the post’s caption could reasonably be referring to an attempt to break away from their typical keyboard products by releasing something different.

Whatever the case, it is clear that Korg is preparing for a big release next year of a special product, and this photo will certainly continue to circulate to build hype among consumers. We expect the new product to be released pretty soon — and possibly at NAMM, which starts on January 22.