Home > Guides > Everything you need to know about guitar pickup magnets 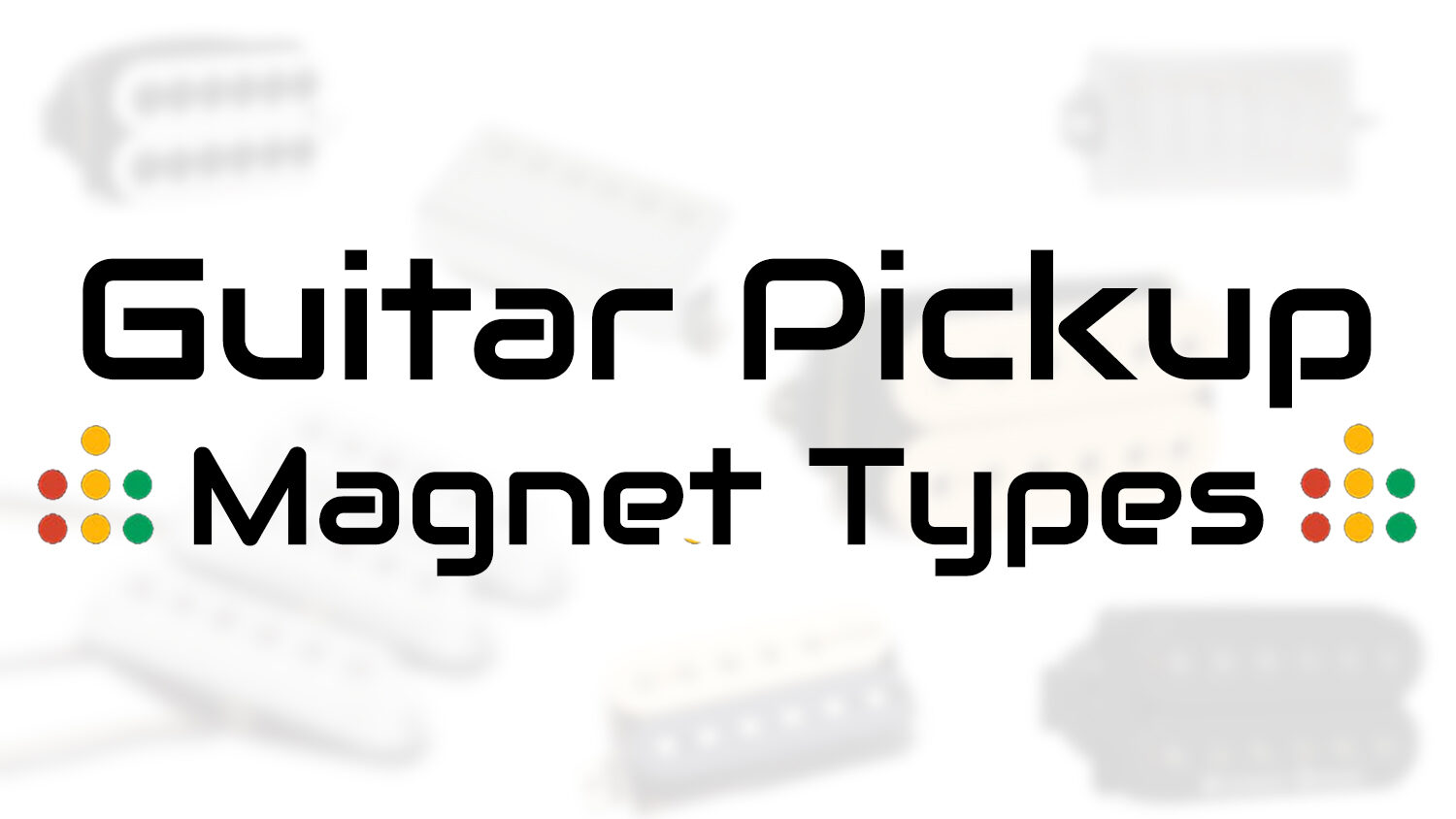 We recently talked all about all the different options in our guitar pickup guide. But now we go a little deeper to explore the different types of guitar pickup magnets and what tonal differences they bring. Hopefully, after reading through both posts you’ll be much more informed on how and why certain pickups sound a certain way so that you can make educated decisions when it comes time to experiment with the pickups in your own guitars.

These pickup magnets are an alloy (generally aluminum/nickel/cobalt as well as some iron and copper) that come in four types designated with Roman numerals. The difference between the numbers means a different composition of the alloy. II and V are the most common, but oddly enough the magnet strength does not increase linearly as the numbers increase. In order of strength III is actually the weakest, II in the middle, IV after that, with V being the strongest. 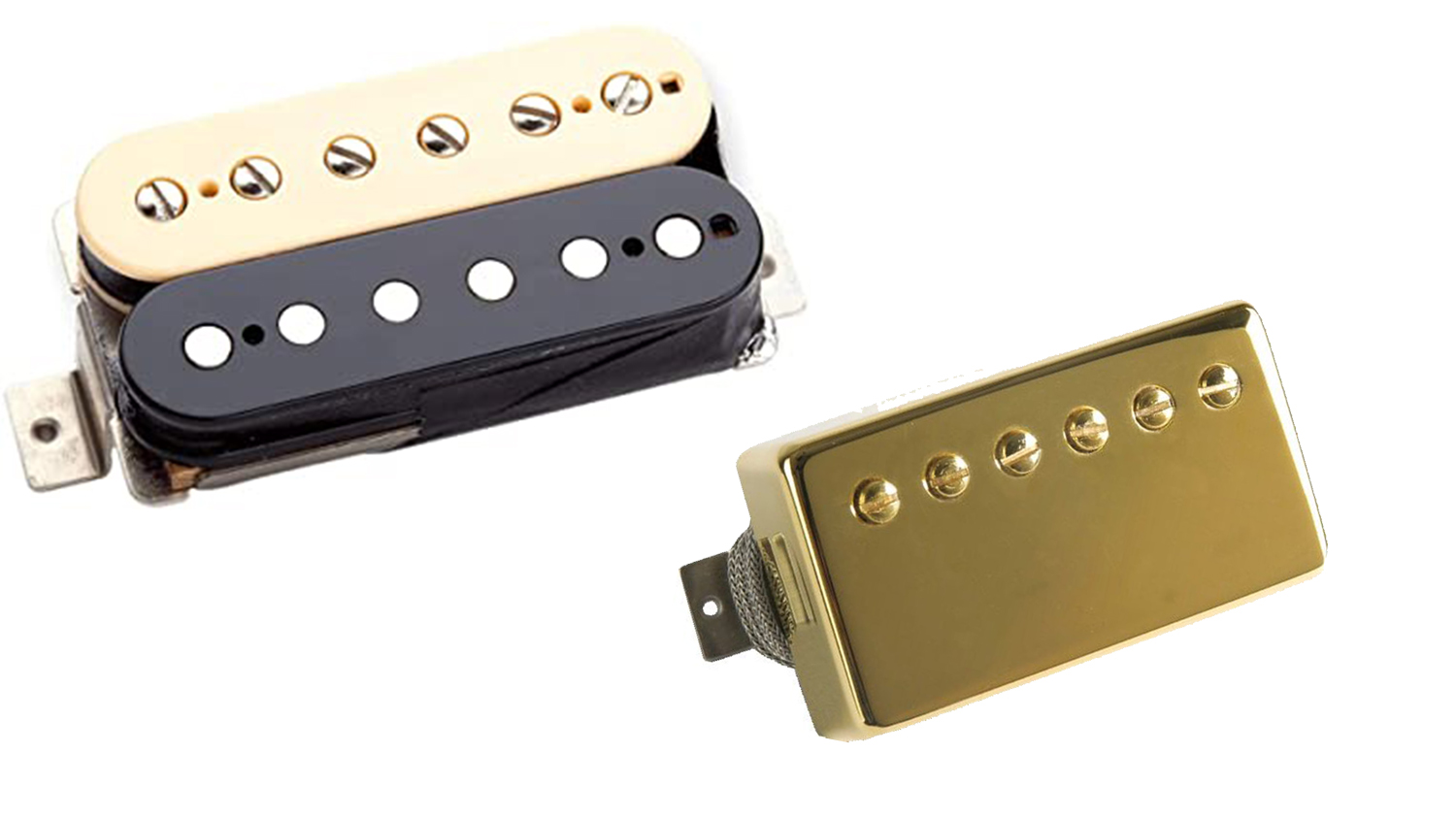 Often used in more “vintage-voiced” pickups, these are the sound of the original PAF Gibson pickups that have defined generations of classic tones. There is a great clarity to their sound and some pleasant attenuation toward the top range. Great for clean and overdriven sounds, they are a little sweeter sounding than other types. They are very versatile even though they are not a very a strong magnet. There is good note separation and they work well with complex chords. 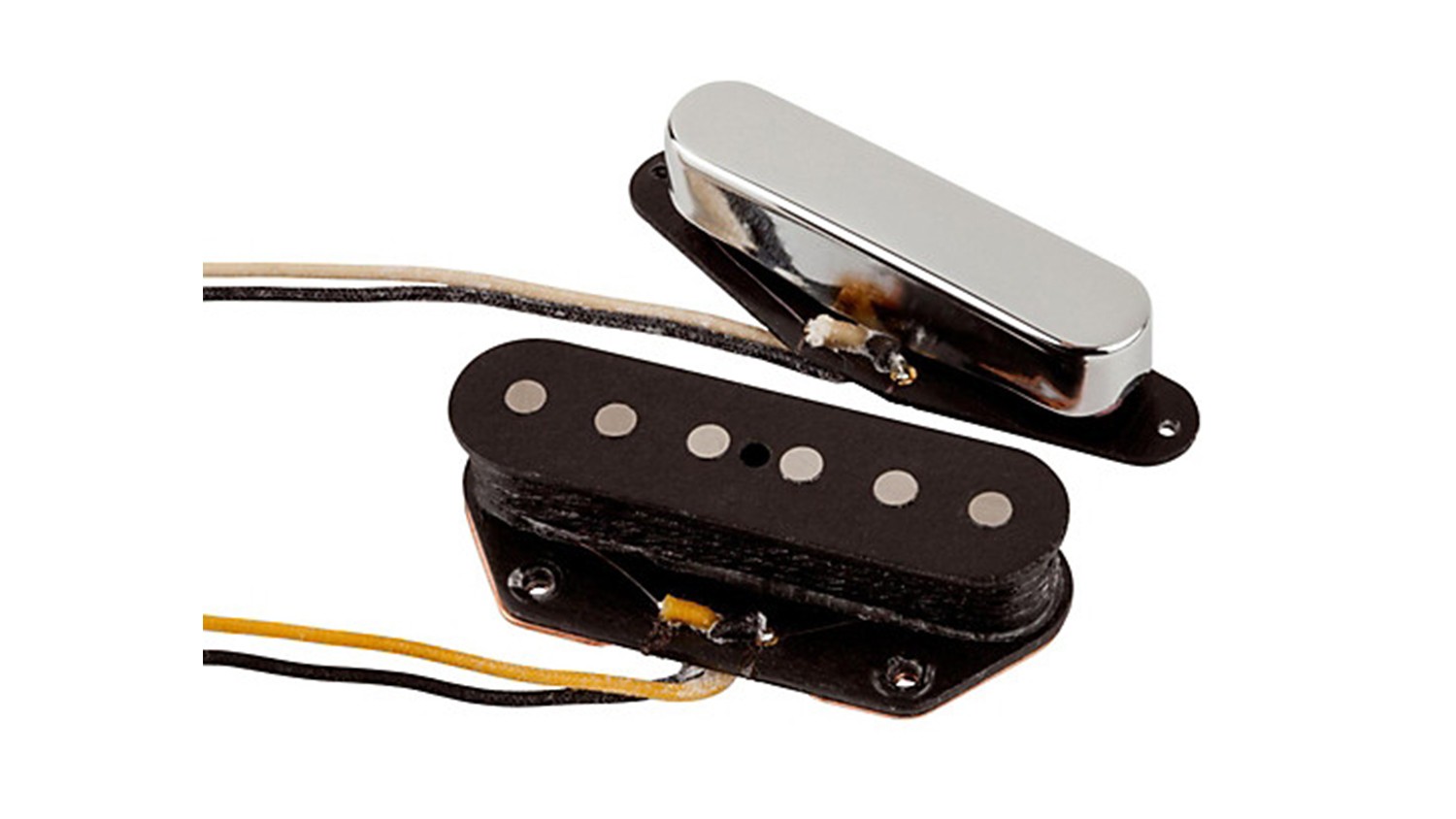 Made popular by Fender in the 1950s, Alnico III pickup magnets have no cobalt in the alloy. They are actually the weakest of all alnico pickups. Due to their lower output they retain clarity when really pushed and provide a rounded frequency response. Hybrid setups are popular, as Alnico III works well in the neck position (less magnetic pull means less impediment to string vibration) and pairs well with something a little hotter – like Alnico II – in the bridge position. 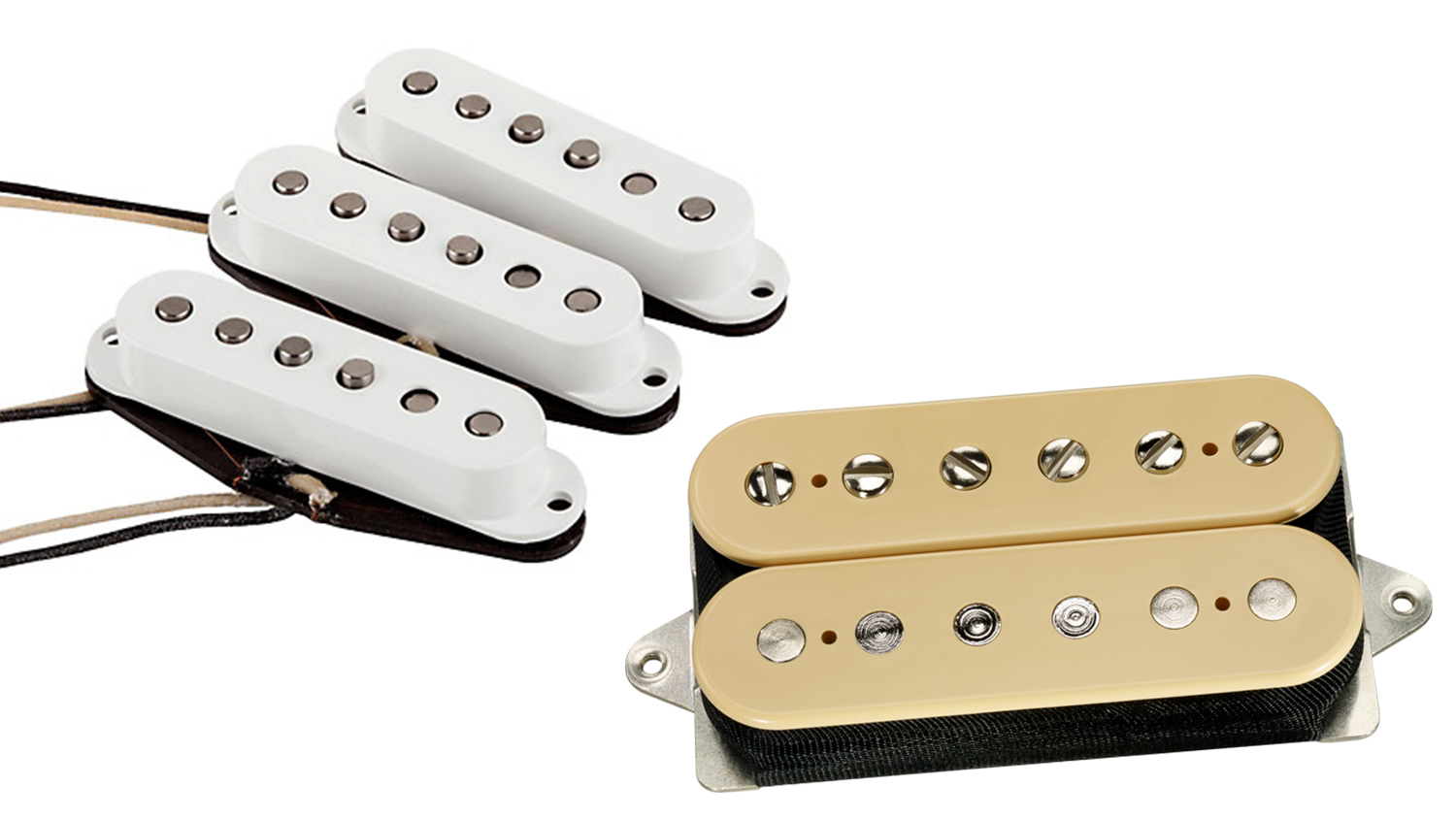 A little more esoteric still is the Alnico IV. They have more high end presence and again are great for the neck, reducing some of the boominess inherent in the position. They are hotter than IIs but remain defined when dirtied up. They also interact nicely with volume controls. But they are becoming increasingly uncommon in modern designs, and they tend to be very polarizing (pun totally intended!) in appeal. 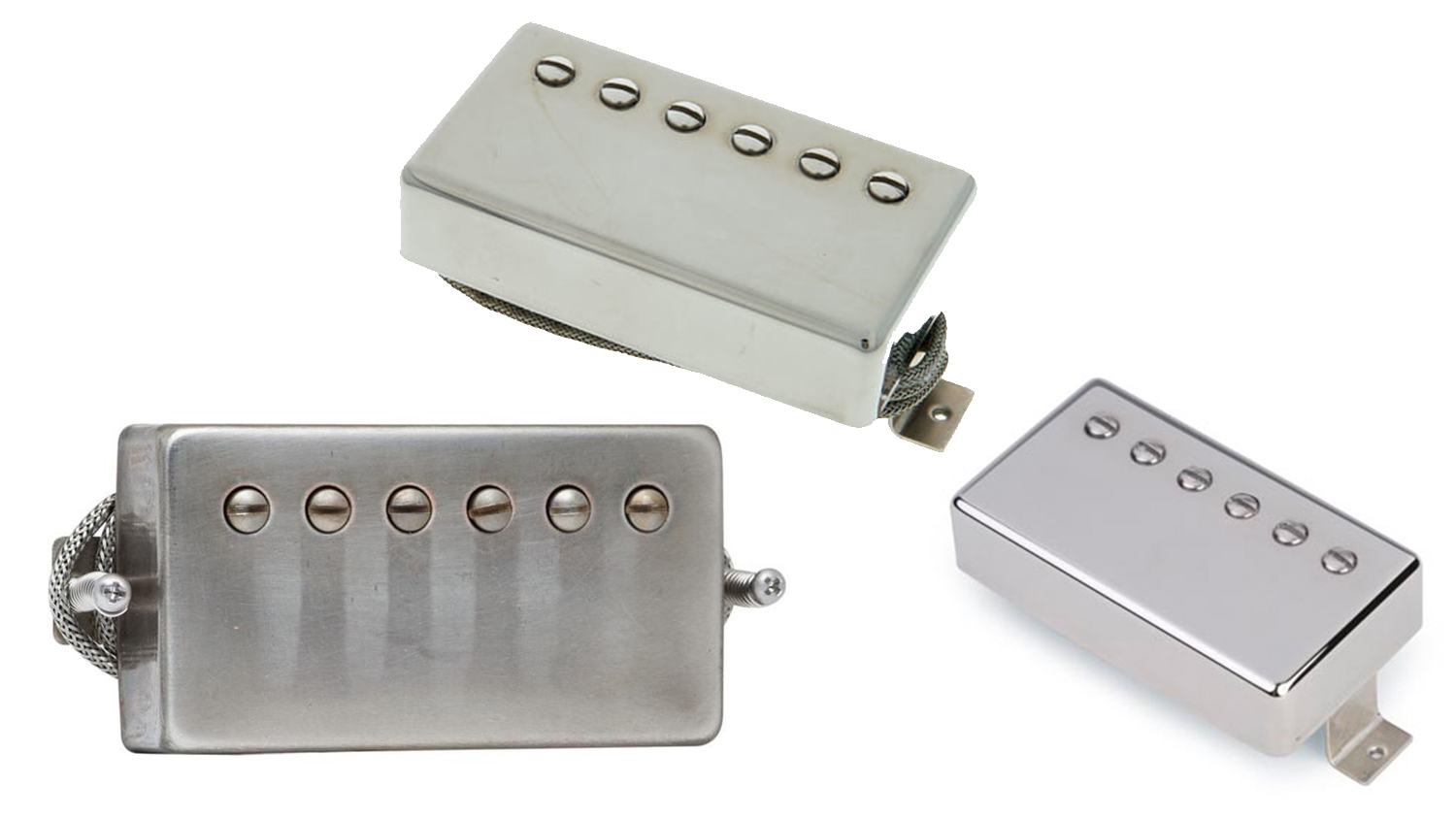 Along with II, this is the most popular alnico magnet. It provides a more aggressive, high output tone due to their strength. They handle distortion really well and add a little bit of their own push to the signal. Alnico V pickups have a strong midrange emphasis and also play well when riding the volume knob. 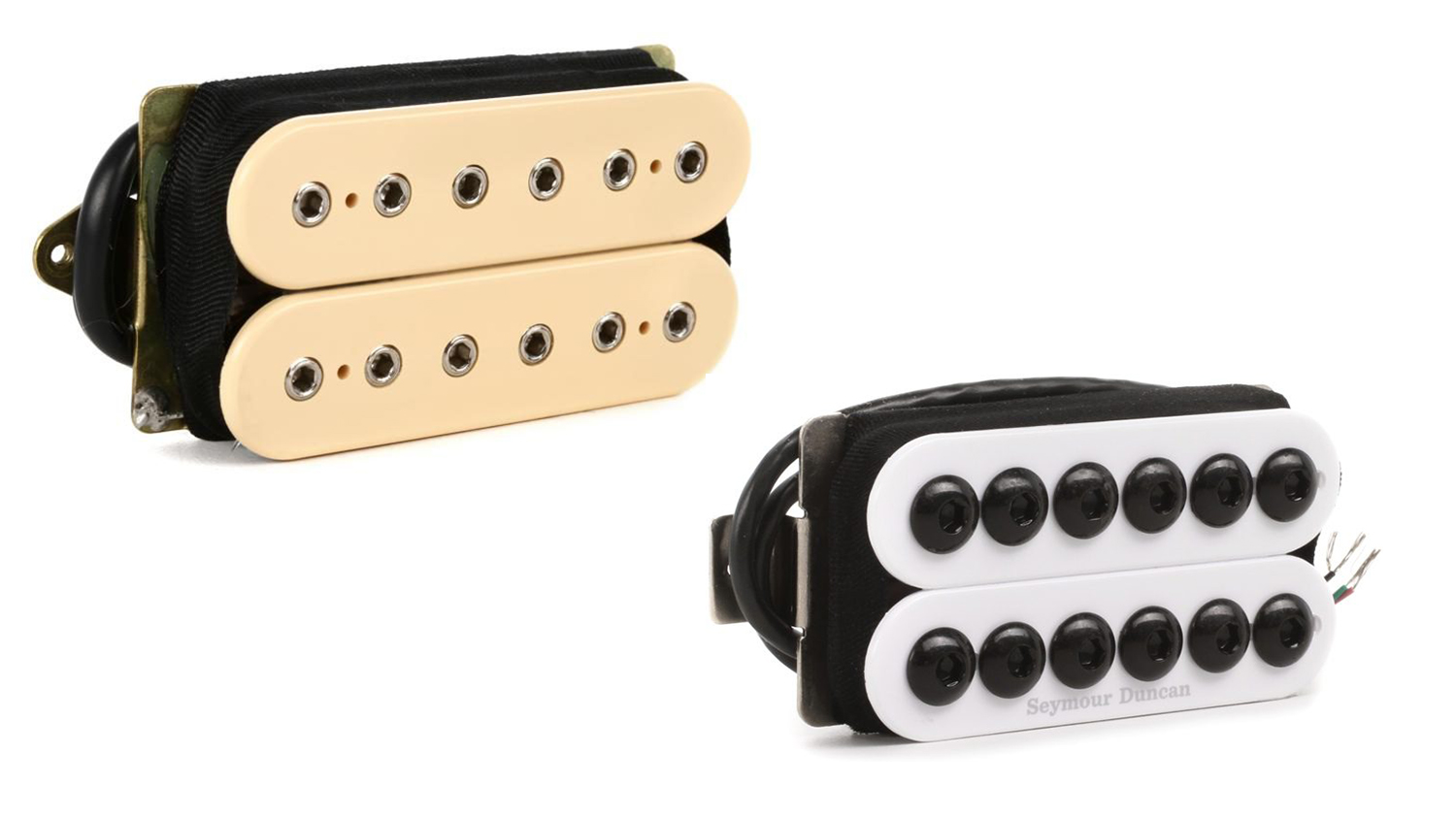 Because of certain difficulties in sourcing materials for alnico pickups ceramic (ferrite) pickups were invented. Ceramics are much hotter than the alnico variety, and are one of the highest output passive pickups available. Known to be much more of a “modern” voicing, and because of the aforementioned manufacturing concerns, they are cheaper and easier to produce than Alnicos. They received mixed reviews when they first came to market, generally being preferred only for more distorted sounds. But their design has come a long way and they are now just as popular as any other type. Their tone is in-your-face, bold, and aggressive. Their frequency range provides good low end response, compressed highs, and a strident (for better or worse…) midrange. 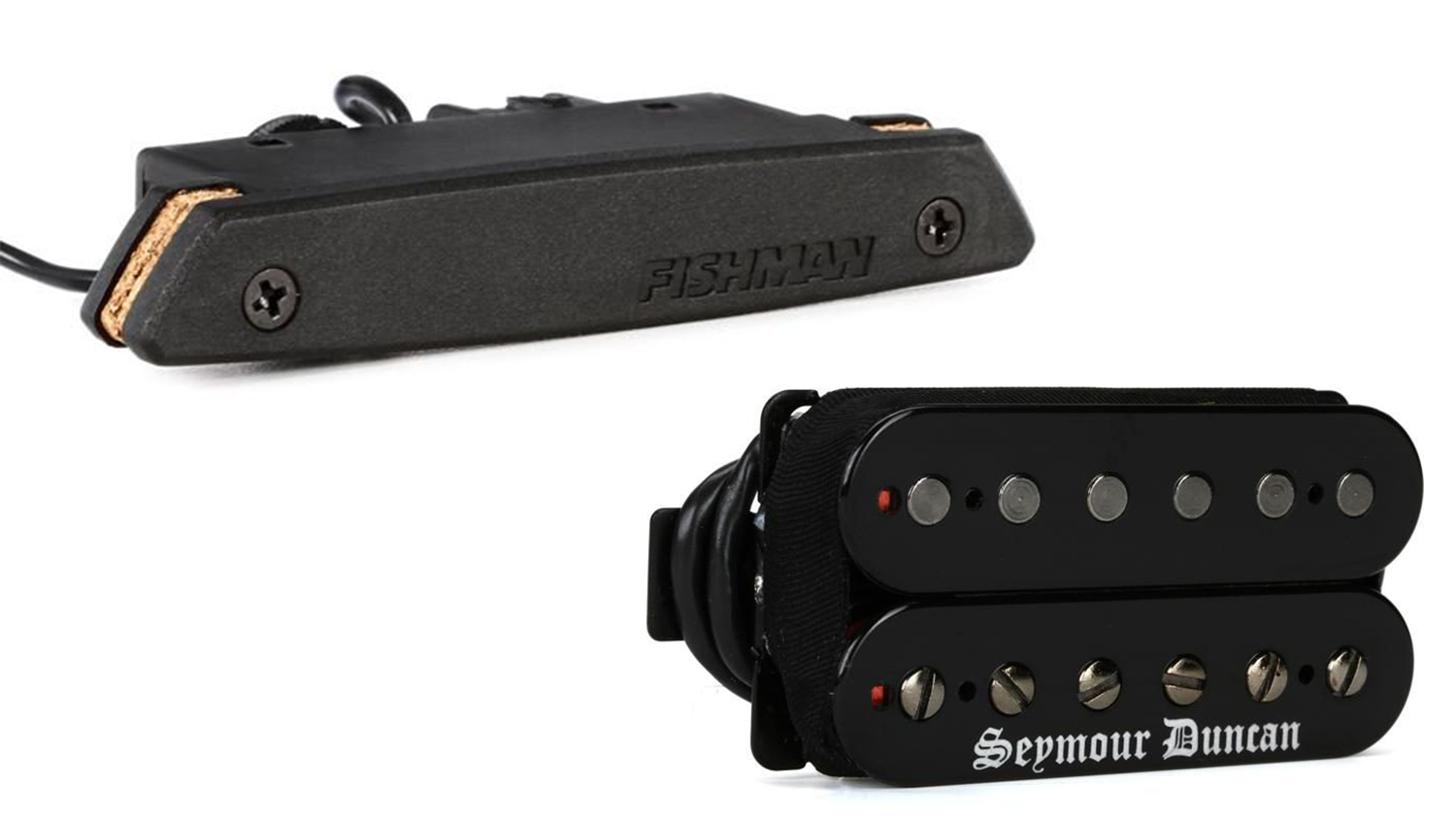 These kinds of magnets are a newer platform for pickup creation. The “rare earth” materials used in these designs are metals like neodymium and samarium cobalt. They are expensive but expressive, and can be multiple times more powerful than even ceramic magnets. Due to this magnetic strength less material overall is required, resulting in a smaller footprint. Just as popular for acoustic applications as hot humbuckers, pickups made from rare earth materials have great clarity and a wide frequency range.

What type of sound is best for you?

While the type of magnet used definitely offers a distinct vibe, there are a number of other factors that determine how a certain pickup sounds. This is one of the reason that boutique manufacturers have become so popular. They dedicate a great amount of craftsmanship and expertise to make sure that their products are as consistently accurate as popular.

But it always comes down to what sound you’re looking for. Hopefully these guides have demystified some of the ins and outs of pickup creation so that you can have a better starting point when you want to swap out your own pickups for a new flavor.