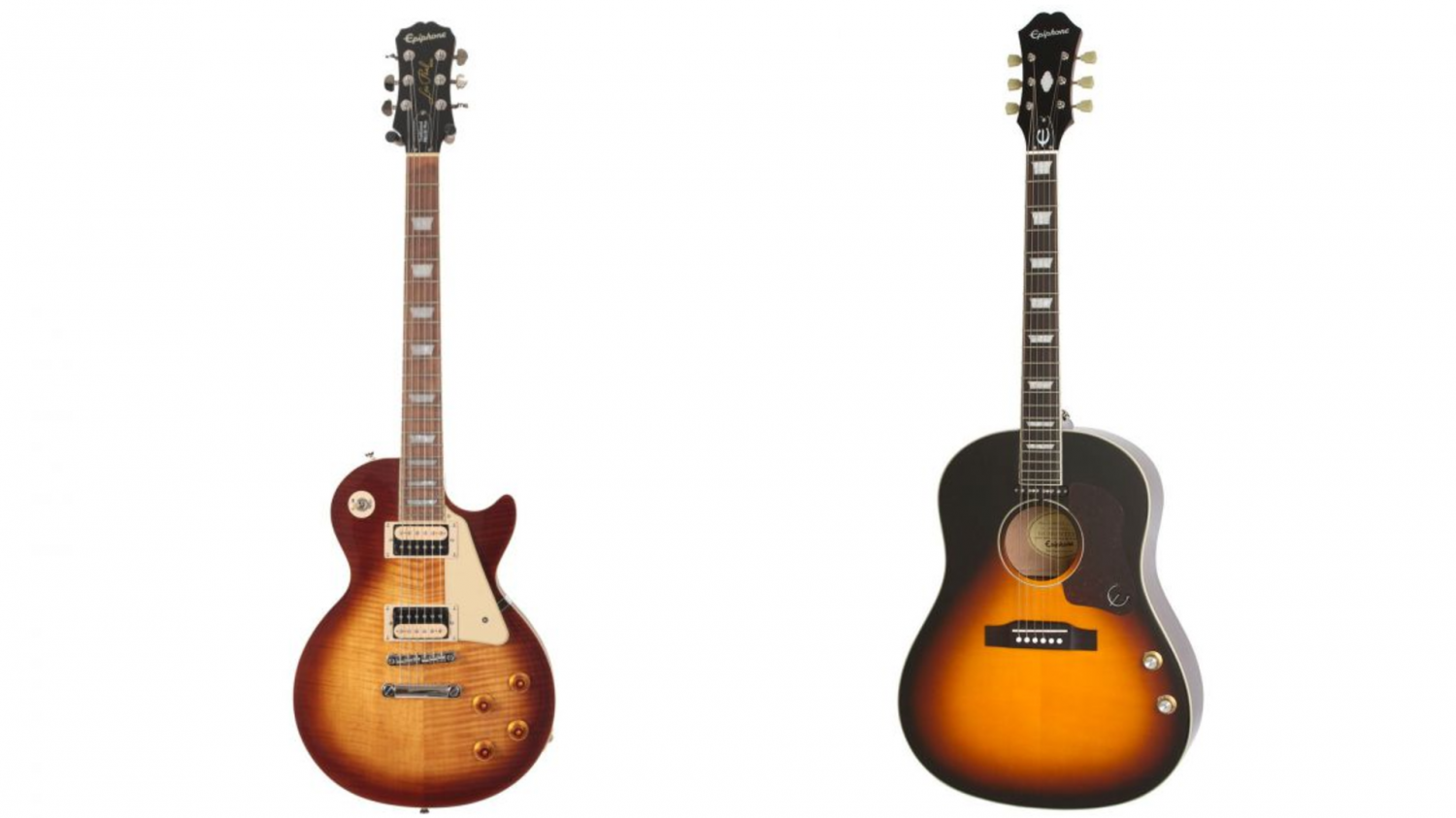 Epiphone has released several limited edition runs to pre existing models. The Casino, ES-335 PRO, G-400 Deluxe Pro, Les Paul Custom, Les Paul Standard Lite, Les Paul Traditional Pro-III, and EJ-160E have each received at least one new look, and are already available for purchase from a number of retailers. That said, most retailers are not currently stocking all new limited edition releases.

Check out the new Epiphone guitar models for yourself below.

The G-400 is essentially Epiphone’s SG. Its retention of the essential construction and appointments of the SG are a clear attempt to bring the SG to the masses. The flame top variants bring a beautiful face to the instrument with a flamed maple veneer. All of the new limited edition finishes are laid upon this stellar looking top. The new offerings consist of Translucent Red, Translucent Blue, and Honeyburst.

Epiphone’s Les Paul Custom is also now offered in a limited edition finish, Alpine White. The guitar comes equipped with Epiphone’s Pro Bucker pickups, coil tapping volume knobs, and gold hardware. To top off this gorgeous instrument, Epiphone has bound the neck, body, and head-stock with five-layer binding and inlaid the neck with pearloid trapezoids. This limited edition Les Paul can be purchased from Sweetwater for $679.

The Les Paul Standard Lite is a more affordable, yet well constructed guitar when compared to the custom. Different pickups are included with this model and the five ply binding is reduced to one, but the rosewood fretboard and Grover tuners are retained. The limited edition options for this guitar are Ebony and Heritage Cherry Sunburst, the latter of which is laid over a plustop veneer. These classic finishes breathe a special mojo into the Les Paul Standard Lite. The Ebony limited edition can be purchased from Sweetwater for $499, while the Heritage Cherry Sunburst goes for $599.

Epiphone’s Les Paul Traditional PRO-III Plus includes Gibson made ’57 humbuckers, push pull pots for a built in boost, phase switching, and coil splitting. A feature filled, bells and whistles included instrument, the Les Paul Traditional PRO-III Plus is perhaps the most versatile guitar on Epiphones lineup. Fortunately, two beautiful limited edition finishes have been released; Desert Burst and Heritage Cherry Sunburst. Both feature open faced zebra pickups and a natural back and sides. The Heritage Cherry Sunburst can be found at Guitar Center for $699 and the Desert Burst can be had from Musicians Friend for $599.

Finally, Epiphone’s acoustic offering in its new limited edition release; the EJ-160E. This incredible guitar is equipped with a stacked P90 on the neck side of the sound hole and is constructed with a solid spruce top, mahogany back and sides, and a rosewood fretboard. This beautiful steel string can be purchased from Guitar Center for $499.

Epiphone has not specified how many of these limited edition runs have been or will be shipped, so get them while they’re hot!
Acoustic Electric Acoustic Guitar Casino Color EJ-160E Electric Guitar Epiphone es-335 Finish G400 Gibson guitar les paul Limited Edition