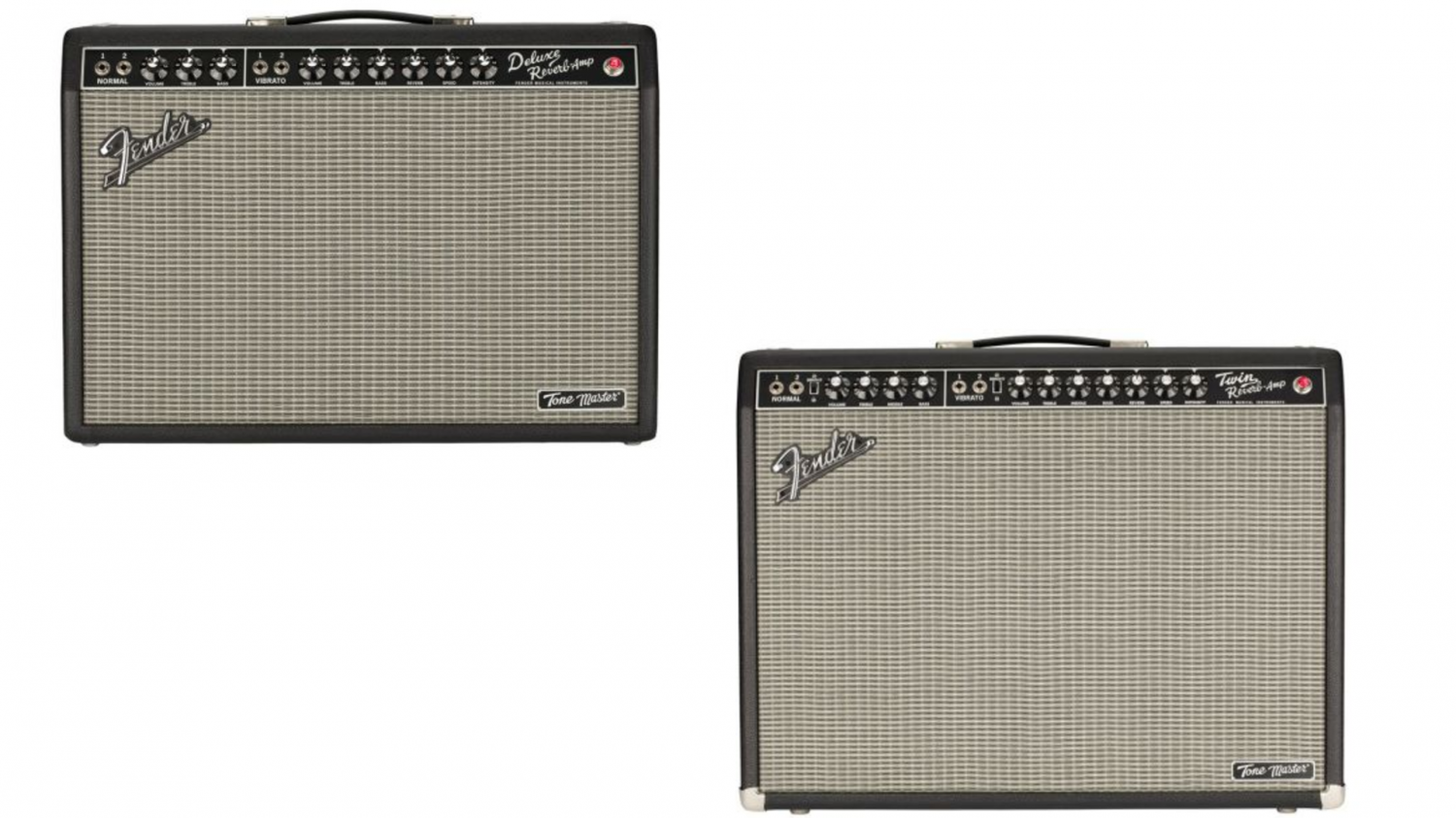 The Fender Deluxe Reverb and Fender Twin Reverb have long been some of the most venerable guitar amps. That being said there is a price to pay in dollars, weight, and upkeep frequency for all tube amp combos with built in effects. This can be a serious turn off to many players. A smaller touring act typically doesn’t have the money or time required to repair an amp while on the road. Lugging such a heavy unit can be exhausting. Price, too, can be an issue with smaller groups. These issues have been thoroughly addressed by Fender with the new Fender Tone Master Deluxe Reverb and Tone Master Twin Reverb. The new digital amps make the originals look like ancient stone (not that ancient stone isn’t still cool).

The new digital circuits designed for the Tone Master series are made with the specific intention of recreating the sound of the original amps with surgical accuracy. Fender‘s reproductions are faithful to the original’s high headroom and beautiful tones. To ensure tonal accuracy, the same twelve inch Jensen speakers have been loaded into the Tone Master cabinets.

Looking at the Tone Master Deluxe Reverb and Twin Reverb combos, one will notice no changes from the tube rectified variant. All input types and controls remain the same. On the back of each unit, however, several important modifications have been made. Five step power attenuation provides the same great tone at lower volumes, XLR and USB outputs allow for direct recording with no need for a microphone, and cab simulations bring the sound of the real amp to mic free recordings.

Both Fender Tone Master amps, the Deluxe and the Twin, can be purchased from Guitar Center.