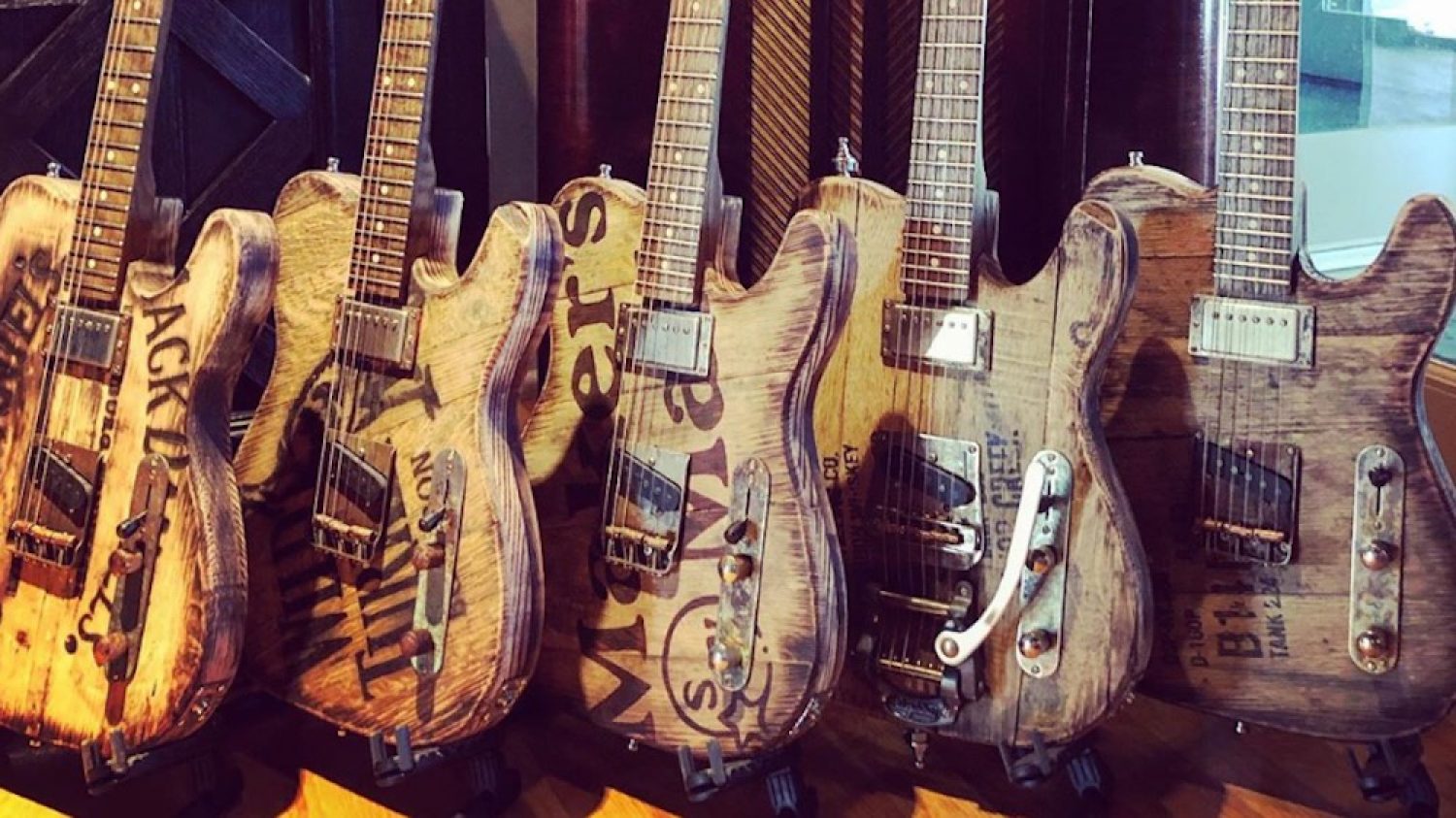 Do you like whiskey? Do you like Telecasters? Well how about a whiskey barrel themed Telecaster? These, we assume, were the questions posed by Chicago-based luthier and manufacturer Big D Guitars when they crafted its first Telecaster body out of a Jack Daniels oak whiskey barrel lid. It’s a creative move no one prior had thought of, nor was it asked for, but that just might be the secret to its success. With the instrument-buying music economy being where it’s at these days, it’s these kind of creative, new innovations that are making waves and motivating consumers. In fact, Big D Guitars did so well after its initial launch, that it now has added four new styles. Joining the Jack Daniels branded Telecasters will be new additions sporting logos from Jim Beam, Maker’s Mark, Knob Creek, and Wild Turkey whiskeys.

The guitar tops themselves don’t just look authentic — as we mentioned before, they actually are. The top of each guitar’s body is carefully flattened, cut, and sanded to size, from an actual whiskey barrel lid by Derek Leonard, Big D Guitars’ luthier. In the video above, Leonard walks us through his process, and even mentions that from the wood-cutting process, through the time you open the box of your guitar, you are hit with a whiskey-soaked-wood aroma. Which adds a very cool bonus feature, you wouldn’t expect out of just any other guitar. Aside from all of that, the guitars themselves are naturally old-fashioned looking, and way cool to look at. And given that each one has been made with careful love by an independent luthier adds on quite a few bonus points as well.

Each of the new Jim Beam, Maker’s Mark, Wild Turkey, or Knob Creek models is available to purchase online only using the links associated with each brand name, through the website of Big D Guitars’ signature artist, Justin Johnson. Each one has a fixed price of $2,950 no matter which branding you go with. When you consider all the care that goes into making any one of these awesome guitars, that price seems like a steal. If you want to learn more about Big D Guitars, or its other creations beforehand, we recommend visiting its website, and subscribing to its youtube channel for more exclusive build videos.

Fender Stratocaster vs. Fender Telecaster: Everything you need to know