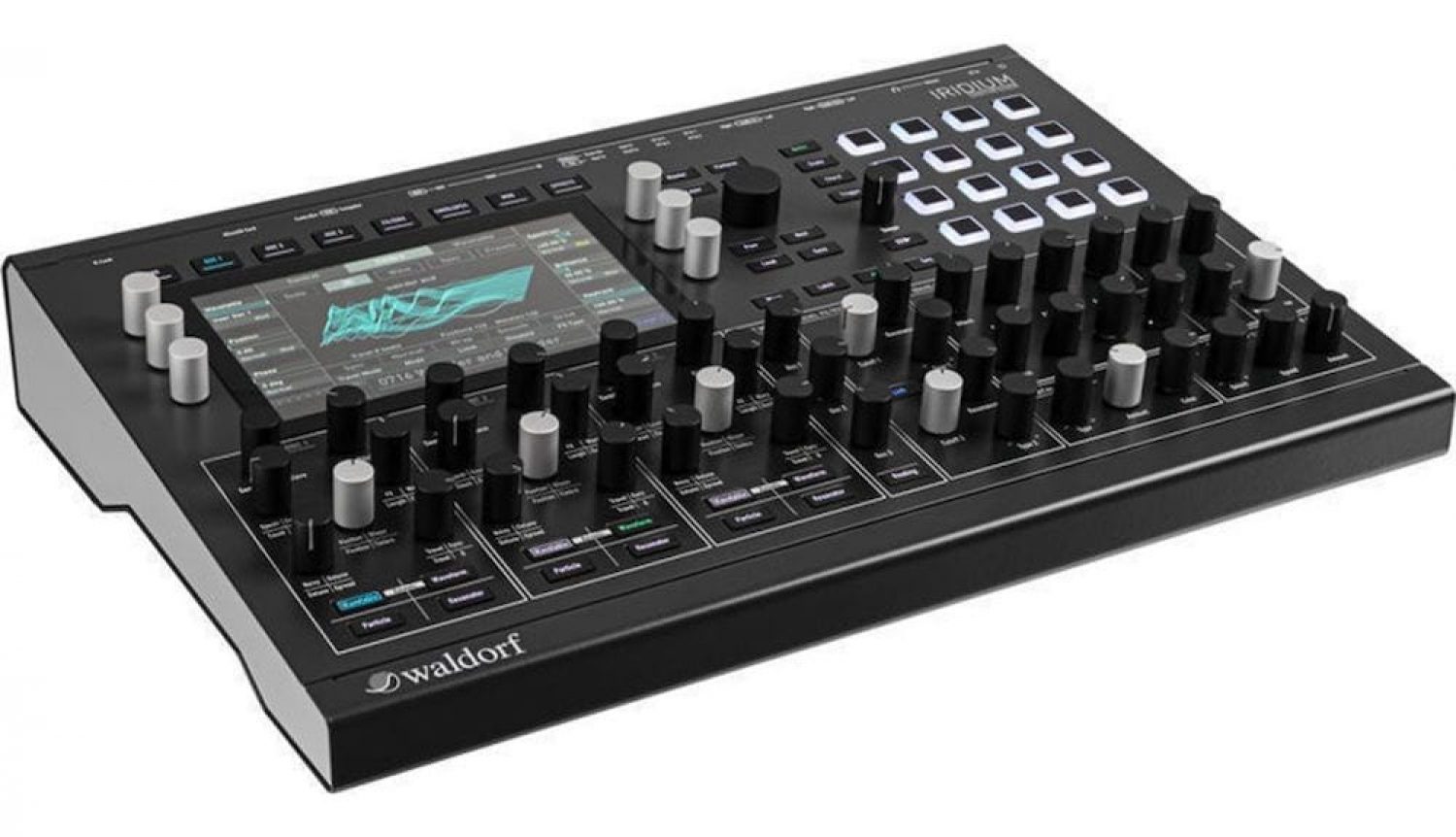 Waldorf, the manufacturer behind some iconic synth models like Quantum, and Kyra, are back. A new small-form synth called Iridium sat at the center of a seemingly accidental leak listing on the company website. After a few initial hours during which pictures and specs sat on full display, it was taken down — albeit a little too late. From that time, it became clear that Waldorf plans for Iridium to function as a smaller build of Quantum.

Assuming that the specifications leaked on Waldorf’s website are accurate, we can expect big things from Iridium. The synth is expected to be complete with three oscillators, each with five individual modes. These modes include Wavetable, Waveform, Particle, Resonator, and Kernels. The last of which, Kernels, was introduced in Quantum’s OS 2.0 update, allowing one oscillator to turn into up to six smaller oscillators.

Although Iridium seems to adopt the majority of Quantum’s available features, the one thing being sacrificed is a keyboard. Meaning for any note-specific synthesis needed, the user will have to play notes using the synth’s silicone pads. While understandable, this is definitely something pretty major to keep in mind before you purchase. On the back of the unit sits a power port, stereo audio ins & outs, cv and gate connectors, the standard three MIDI ports, and both USB-A and USB-B ports for computer or device connectivity.

Because at this point, any information about Iridium is still just speculation and gathered from temporarily available source material, we don’t know any of this for certain. However, because of the amount of information Waldorf made available on its website, one can easily conclude the chances are high. From here, we can also assume that Iridium will adopt some of Quantum’s other shining features. Such as the ability to store up to 7000 patches, as well as the ability to use patches from Quantum with this new model. Currently, Quantum is available from Waldorf for a price of $4,399. With a significant cut in size, and some features, one can probably expect the price of Iridium to start at $1-2,000 less than its counterpart. However, because we do not yet have a firm price, or more information, this is all speculative.