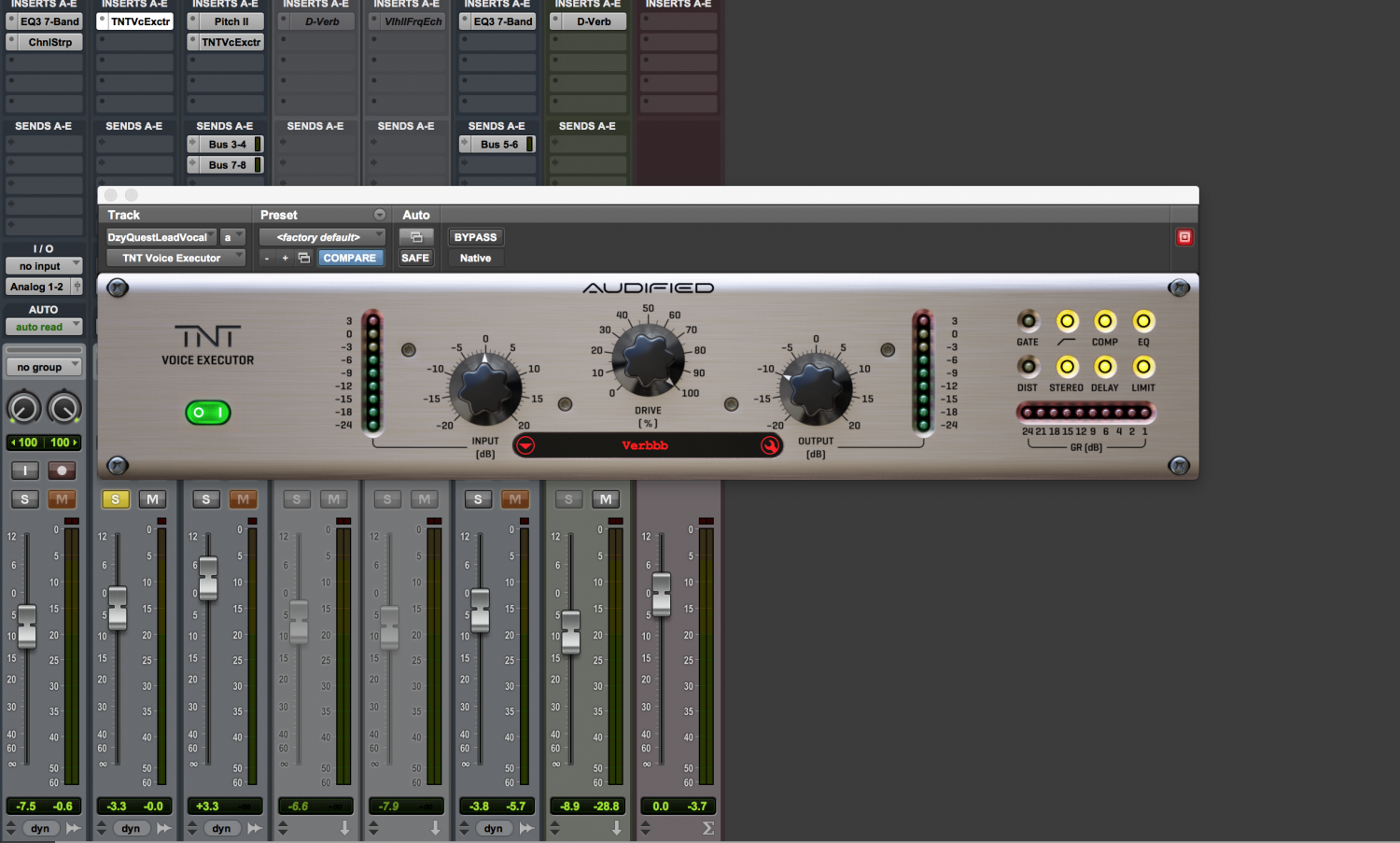 As March of 2017 rolls in, Audified continues to deliver quality plugins that both sound great and are user-friendly. Their brand new TNT Voice Executor falls directly in line with that ideal — with a simplistic layout and functionality, the Audified TNT Voice Executor is the perfect plugin to use for the efficient engineer with a low-budget client who needs to quickly mix vocals in with the rest of their tracks.

The Audified TNT Voice Executor compliments the plugin’s basic functionality nicely. That’s because the layout is simple and very easy for just about anybody to understand. The plugin’s background has a grey, shined metallic color. There is a green “I/O” switch to the far left, emulating the on/off switch on most hardware. The switch illuminates when turned on, and likewise shuts off when the switch is shut off.

The center controls of the plug-in displays three knobs labeled “Input”, “Drive (%)” and “Output”. They move with great ease – unlike some plug-ins we have seen on the market where knobs have to be adjusted several times for wide sweeps, the knobs on the TNT Voice Executor can be fully turned in one sweep of the mouse. On either side of the knobs are a pair of 9-LED level meters for the input and output signals, respectively. This becomes slightly unsatisfactory when trying to achieve finely accurate metering, but for most purposes in which this plug-in is meant to be used, they are more than sufficient.

To the right of the center controls are a series of 8 LED’s, which are illuminated when the loaded preset is using any of the TNT Voice Executor’s 8 built-in effects: Gate, High-Pass Filter, Compression, EQ, Distortion, Stereo, Delay, Limiter. The LED emulations glow yellow when in normal use, and turn red when the signal clips within any of the provided effects. Just below it is a horizontal 10-LED gain reduction meter, for when any of the plug-in’s dynamic effects are involved. 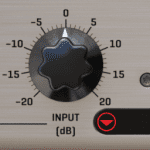 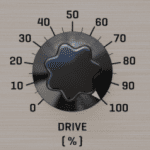 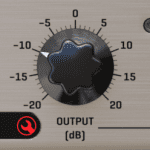 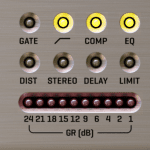 The Audified TNT Voice Executor delivers smooth attenuation when adjusting the “Input”, “Drive” and “Output” knobs. They are sweepable so you can accurately listen for the sweet spot, and make your settings with ease. One important thing we noted was that the knob labeled “Drive” functions more likely to a “Mix” knob on some other plug-ins. We found that the knob acts to adjust your blend of the effects signal with the clean input signal, and doesn’t necessarily drive the intensity of the effects themselves.

Most of the extreme sound differences come from the menu of 35 presets made available. Nearly all of them utilize the plug-in’s compression and high-pass filter effects, but some settings (particularly in the “Special” menu) include the provided reverb, delay and stereo widening effects. We found that under the special preset labeled “Verbbb”, it produced a sound that had the likeness to a vintage Sansui reverb box. It places a delay on the input signal with moderate feedback and sends it to the reverb which has a spring-like quality, but not too extreme. There are other presets in the “Special” menu we recommend trying out in your first encounter with the TNT Voice Executor like “Hello Apollo”, “Broken Transmitter” and “Radio Man” that modify the sound to a more extreme level. They are fun to test, but we figure they might not be used as much in your everyday studio session like the others.

In two words, the user experience of the Audified TNT Voice Executor can be described as simple and efficient. As a whole, we enjoyed testing out this plugin which, for its simplicity, produces a very clean overall tone. We found it unfortunate that aside from the 35 built-in presets, there is not yet a way to create your own — or the ability to tweak basic parameters of each effect. They all have a singleness of purpose which can become cumbersome when a specific tone needs to be achieved. But, for the price tag on the TNT Voice Executor, we think this lack of back-end availability is justifiable.

We think that although there are limited uses for this plug-in, those particular situations can come up often. We believe the TNT Voice Executor is most needed when working with a client who is on a tight budget, or when you are minutes away from the end of your session with them, and they ask for a rough mix of the work completed. The vocals have not even been touched yet, but you need to get them to a level where they sound at least somewhat comparable to the rest of your tracks. Situations like these is where the TNT Voice Executor’s simplicity and effectiveness comes in handy and the value of the plug-in truly comes into play. It will allow you to quickly apply compression and light EQ to the vocals, and have a decent enough mix to send home with your client.

You can find a link to the Audified TNT Voice Executor below, and you can purchase it now at a price of $69, but for a limited time if you buy it before March 19th, you can get it at $49. Overall, we thoroughly enjoyed testing this plug-in, and we hope it comes in handy for you as well!