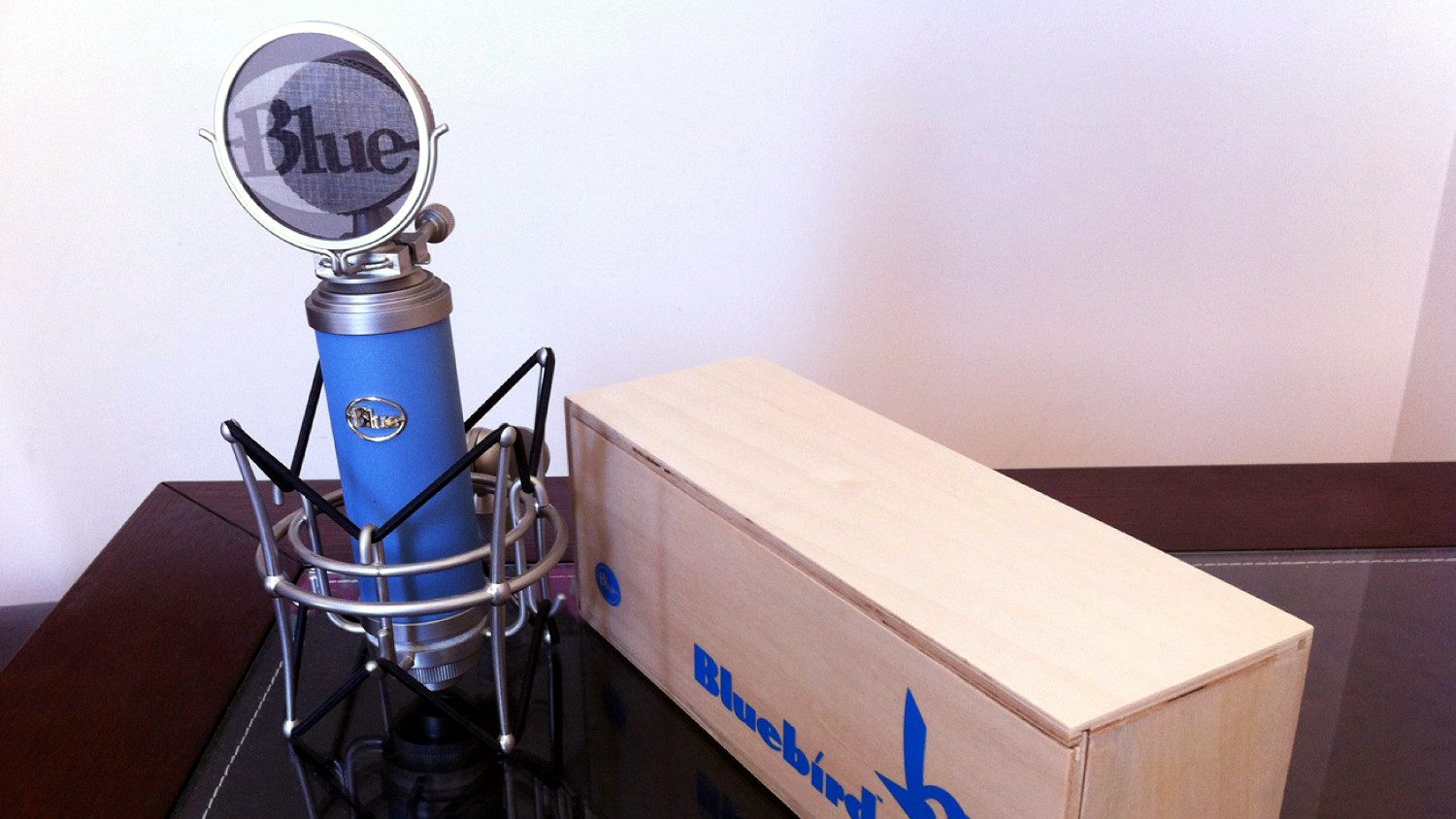 For over a decade now, Blue has been releasing excellent products targeted at musicians and engineers who want a high quality but don’t have the budget of a big-name studio. From low-budget, at-home use microphones like the USB Yeti to the studio-grade Dragonfly, Blue has continued to amaze consumers over the years with product releases spanning the entire spectrum of experience level and necessity. The Blue Bluebird is an outstanding condenser microphone which falls right in line as a median of these two extremes. Let’s go in-depth exploring the aspects of this classic product from Blue.

Anyone who has used a Blue product in the past knows that their team takes design very seriously, and the results continue to impress with every new release. The design of the Blue Bluebird is elegant, decorative and consistent. 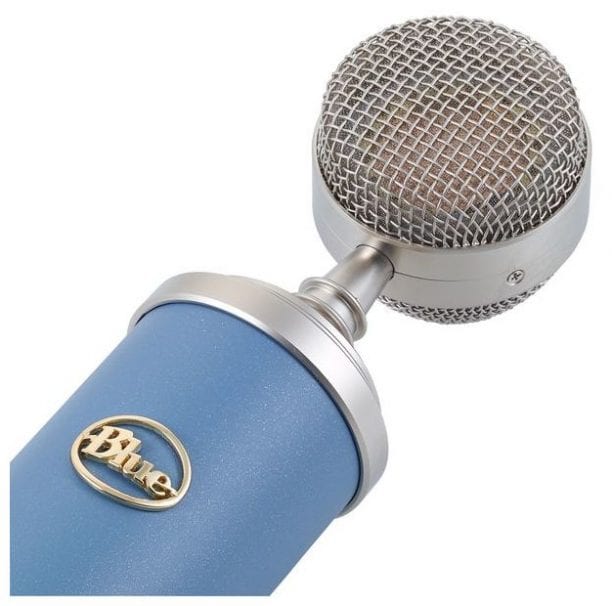 The diaphragm of the Bluebird is simple, but very unique to other large diaphragm condenser microphones. The diaphragm rests at the center of the capsule which in the front is a flat, perfect circle. Towards the back, the capsule steadily joins together to form a semi-sphere at the other end. This makes it very easy for anybody to tell at first glance where the focal point is, and set it up as needed.

The body of the Blue Bluebird serves as quite the contrast to the diaphragm. The capsule and diaphragm appear light and fragile, and come in contact with the microphone body by seemingly only a few centimeters, cased in metal. The body of the microphone appears large and cylindrical, with a matching bulk of weight. The body is painted over entirely with the company’s trademark solid baby blue with a glittering finish, and there is a small golden company emblem glued to the front, middle-top. The XLR connector is located at the very bottom of the microphone, as per most other large-diaphragm condensers.

The packaging of the Blue Bluebird did not fall short on design, either. The microphone rests inside of a light-finish hardwood case with the company’s logo in blue, panted on the top. To open, the top acts as a slide-out plank, separate from the rest of the encasing. Inside, you will find the microphone resting inside of a mold, made of a blue colored felt material. In your box, typically you will also find a small, attachable wind screen (The Birdnest) and a metal shock mount (The Birdcage).

The Blue Bluebird microphone delivers a very unique sound compared to other condensers in it’s price range. We found that clarity and definition would be the two factors that stand out among the rest. It can be used in recording across just about all instruments and timbres, and be relied upon to deliver a very clear representation of the acoustic sound it is picking up. We noticed with the Bluebird that there seems to be more of a response in the range of mid-frequencies compared to other condenser microphones. Which if placed improperly, or used for example with a vocalist who has a dominant presence in that range, using the Blue Bluebird in that scenario would result in an over-exaggeration of that presence in the resulting recording.

On a positive note, the Bluebird has an exceptionally natural sounding response to both low and high end presence. It is for this reason, that we believe the best uses for this microphone are in the recording of close-up acoustic instruments (acoustic guitar, hand drums & percussion, vocals, etc.) In these scenarios, the Blue Bluebird places that definition into the low and high frequencies, adding a rich texture to your overall recording that some other condenser microphones in its price range can not achieve.

The Blue Bluebird is currently no longer available for sale directly from Blue’s website, but typically it can be found online through various third-party vendors. The current average price you can find the microphone at online is $199.99, including the microphone, shock mount, pop filter and wooden case. The Blue Bluebird is a clear front-runner performance wise, among other condenser microphones in its price-class. You will receive colorful tones picked up from your acoustic instruments, with a rich low-end presence, and high-end clarity for a relatively low price. Overall, we would recommend the Bluebird to anybody who is starting their professional careers in the music industry, and needs a large-diaphragm condenser microphone to deliver excellent sound until they save up enough for one of a higher price-class.