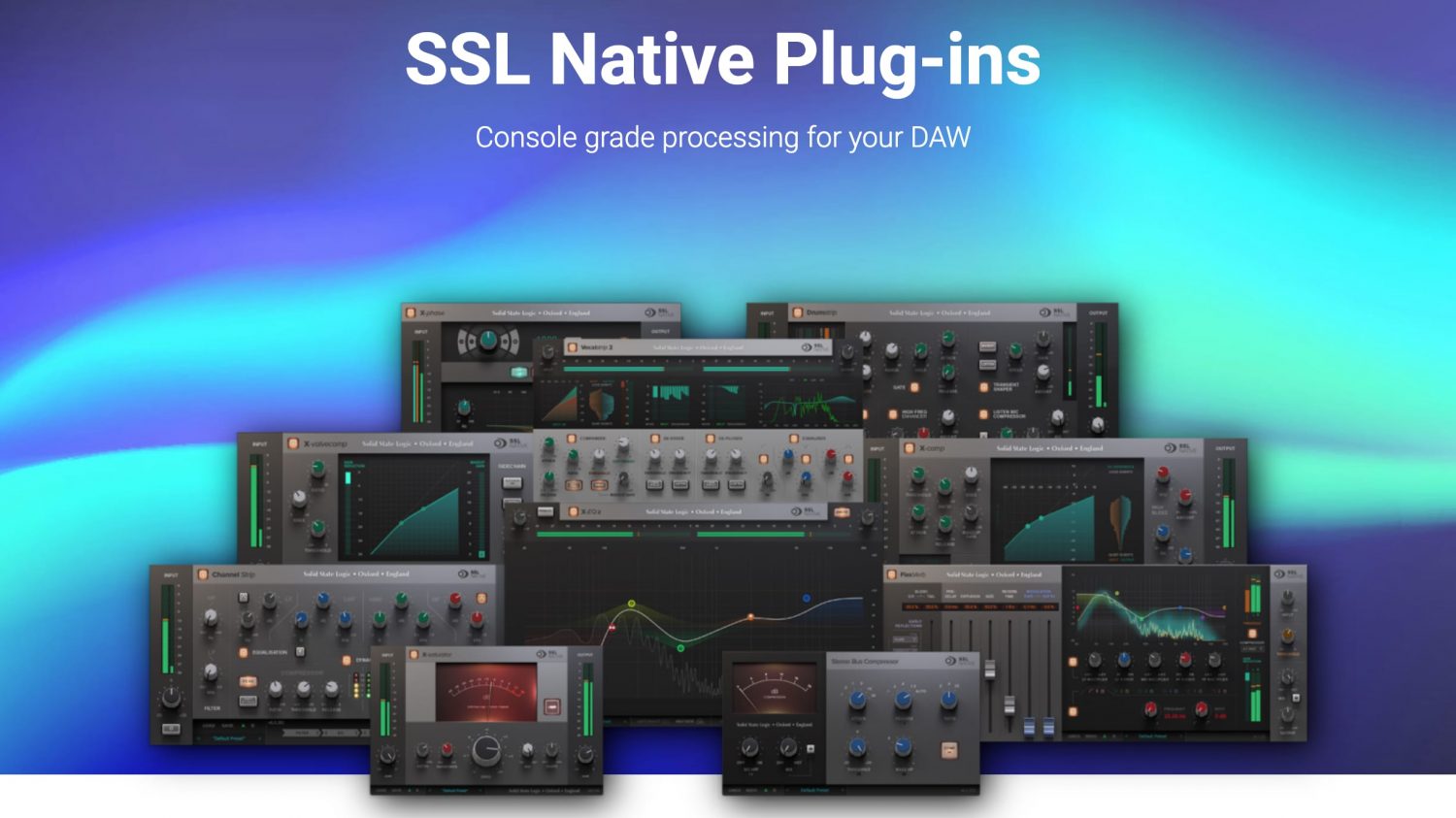 Following in the footsteps of other companies like Waves and Reason Studios, it seems Solid State Logic has now introduced its own subscription-based plugin access options, via Gobbler. In a first-of-its-kind from the company, users now have a choice of two very affordable monthly payment options, and gain instant access to some of its native plugins that typically run fairly expensive.

The new subscription options from SSL come in two formats: the SSL Native Essentials Bundle, and the SSL Native Complete Bundle. Other than the price you pay, the only difference between the two is how many plugins you get in the package. The SSL Native Essentials Bundle, the cheapest option, is only $4.99 per month, and includes the ChannelStrip and BusCompressor plugins. While this is certainly an impressive deal, when you sign onto the SSL Native Complete Bundle at $14.99, you take a drastic step up in both quantity and value. In addition to the previously mentioned plugins, this bundle throws eight more tools into your belt. This bundle includes X-EQ2, FlexVerb, DrumStrip, VocalStrip, X-Saturator, X-Comp, X-ValveComp, and X-Phase.

Of course, SSL is also offering both of these bundles as full, outright ownership purchases at either $479, or $1,599, respectively. While this is a nice option for those who would prefer the larger one-time purchase, it does raise some questions. For example, let’s say someone becomes a regular subscriber to the ‘Essentials’ package for several months. While it would take a hefty 96 months to reach that full-price value, without a rent-to-own option, if that user goes two years into that subscription and decides they want to purchase the full plugin, they must start again at square one and essentially give up that $239 they’ve paid already. This issue alone could certainly raise some concern down the line from subscribers.

Regardless, this is a nice new move from SSL, geared toward its more budget-attentive consumers. We look forward to seeing how this trend continues to grow, and we will hopefully see some new names offering their own options under this model soon.