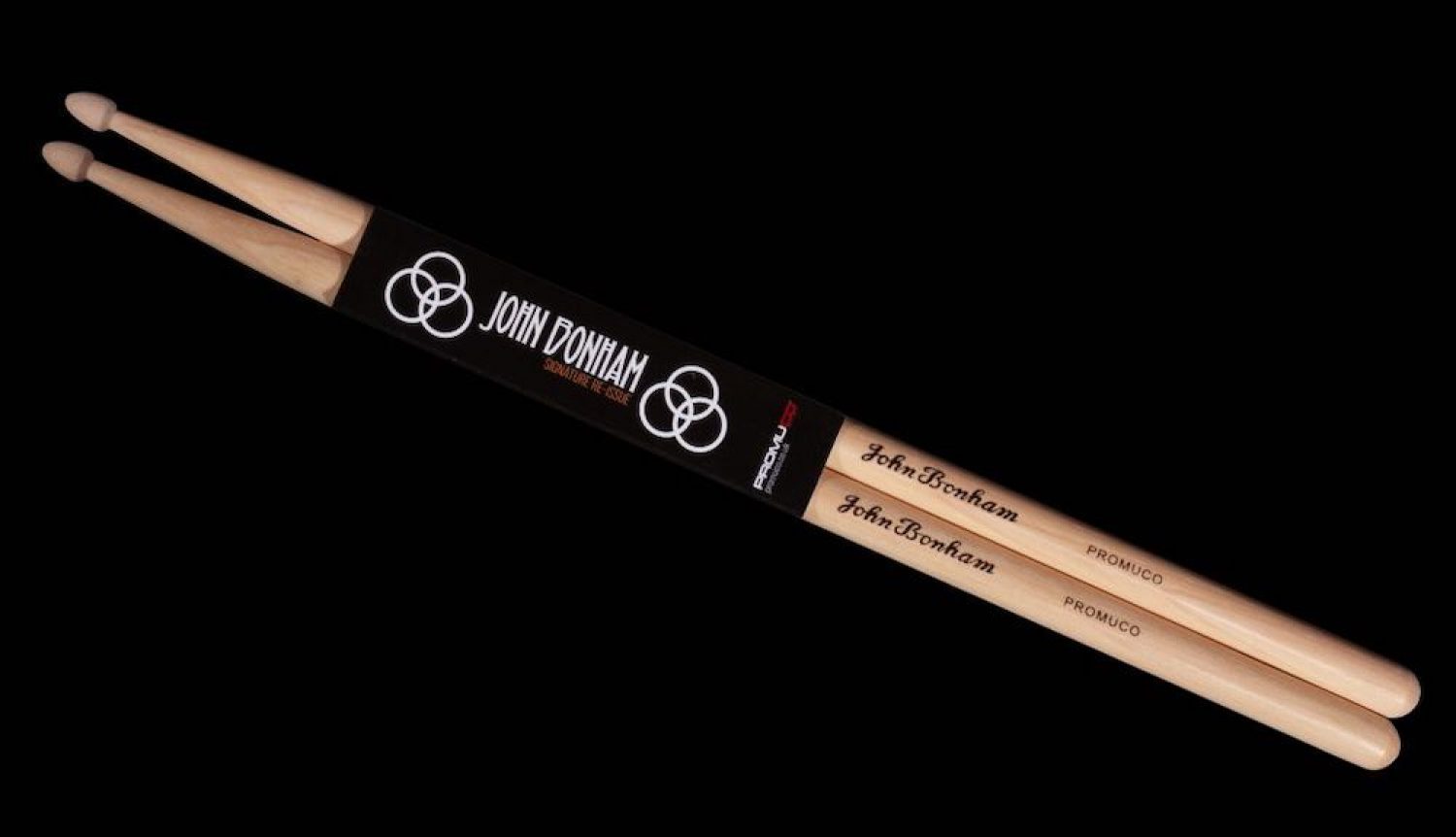 In the wake of all the early news from music’s biggest names ahead of NAMM 2020, an overseas company has its sights on a big reissue. Back when John Bonham, the drummer from Led Zeppelin, was looking for a company to work with on a pair of his signature “trees,” as he called them, Promuco ended up being the manufacturers of choice. After which, Bonham’s acorn style tipped sticks grew massively in popularity and fell in the hands of drummers worldwide. Additionally, the first issues gave Promuco its first huge boost in name recognition across the USA as a budding UK music company.

Now, several decades after their initial release, it seems that the Bonham sticks are peeking their head yet again. And with NAMM 2020 a little over a week away, it seems Promuco is looking at the event’s start as the perfect initial release day for this long awaited re-release. From the looks of initial pictures, the sticks will be made with the exact same specifications as the classics, just as Bonham intended.

While we don’t know any more details on the sticks yet, we’re sure the company is likely to stay fairly silent about further details until everyone gathers in Anaheim. With that said, January 16th, day one of the conference has been officially set as the official debut date of these signatures. Looking forward from that, Promuco will be launching the drumsticks across the UK in February through Barnes & Mullins, with further worldwide releases to come throughout the year. Until then, all we have left to do is wait until NAMM, where we will hopefully have an opportunity to get our hands on the signature pair ourselves, as well as get more of an idea on pricing. Of course, if we get that opportunity, we’ll be sure to deliver the info to all of you as soon as possible.

Best drum kits under $1000: You don’t need to spend a lot for great sound

Drum heads: Everything you need to know