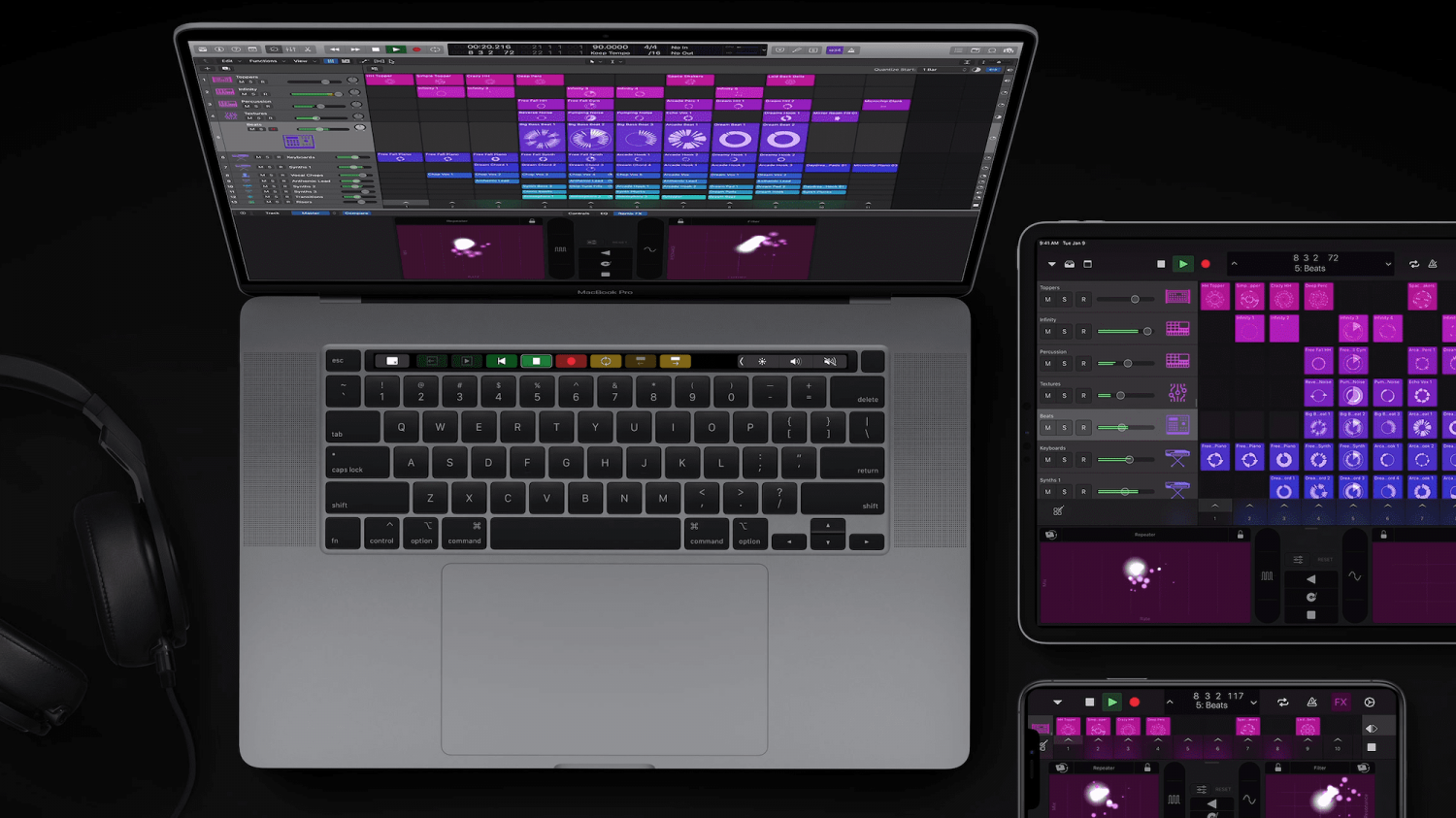 We quite rarely get blessed with news from Apple regarding new updates to Logic Pro X. In fact, we can’t remember the last time that happened to this degree. The company has now launched an update to the software, and it’s packed with new features. And although a few of them have been regularly seen across other competitive DAWs, their inclusion in Logic Pro X allows more users to access them. Logic Pro X 10.5 can be downloaded as a free update for current owners of the DAW, or will be downloaded automatically with each new $199 purchase of the software.

Overall, upgrading to Logic Pro X 10.5 will bring you the expected typical facelift of speed, and ease of use. But behind that this time is so much more, in what Apple itself is calling the update the “biggest update to Logic since the launch of Logic Pro X.” This is a pretty massive claim from the company itself, so let’s dive straight into what’s new.

The introduction of the live loops feature now boosts Logic Pro X’s likeliness to oppose the forces of Ableton Live. Its concept is fairly straightforward, but immensely useful, especially to live performers. Loops, samples, or performance clips can now be dragged as needed into empty cells and triggered one by one, regardless of timeline or arrangement. As the ideal combinations are achieved, users can then create individual song sections, and then drag completed parts into the tracks area to integrate them with the rest of the session. This can allow sample-based arrangements to create themselves organically.

This is heavily inspired by the layout of drum machines and rhythmic synthesizers we see today. Instrument tracks can now individually be laid out into steps, and triggered by the presence of a lit-up step block. This can be done using layout increments of up to 32 steps, and each hit can have its velocity, or note repeat altered.

‘Sampler’ serves as an effective upgrade from its previous name, EXS24 Sampler, however it remains backwards compatible with files of the previous name. All of its effects have been consolidated into a single-window design. Its synthesis section now has expanded controls brings more dynamics and depth to tracks. Finally, people can utilize the waveform editor to more intuitively select their sample start/stop times, loop ranges, and crossfades.

This serves as a whittled down version of the more in-depth Sampler plugin. However this version can be used in situations in which a sample must be prepared quickly, to be able to use as an instrument of its own.

These are the final two newly added plugins focused around drum and percussion sound designing. Drum Synth provides a quicker layout, where a preset can be selected as a starting point, and other features such as ‘pitch,’ ‘tone,’ ‘shape,’ or ‘decay’ can be adjusted to get the desired sound. In Drum Machine Designer, full kits can be crafted and mapped across pads. Additionally, each pad can have its own effects or plugins applied to it to even further drive in the desired sound.