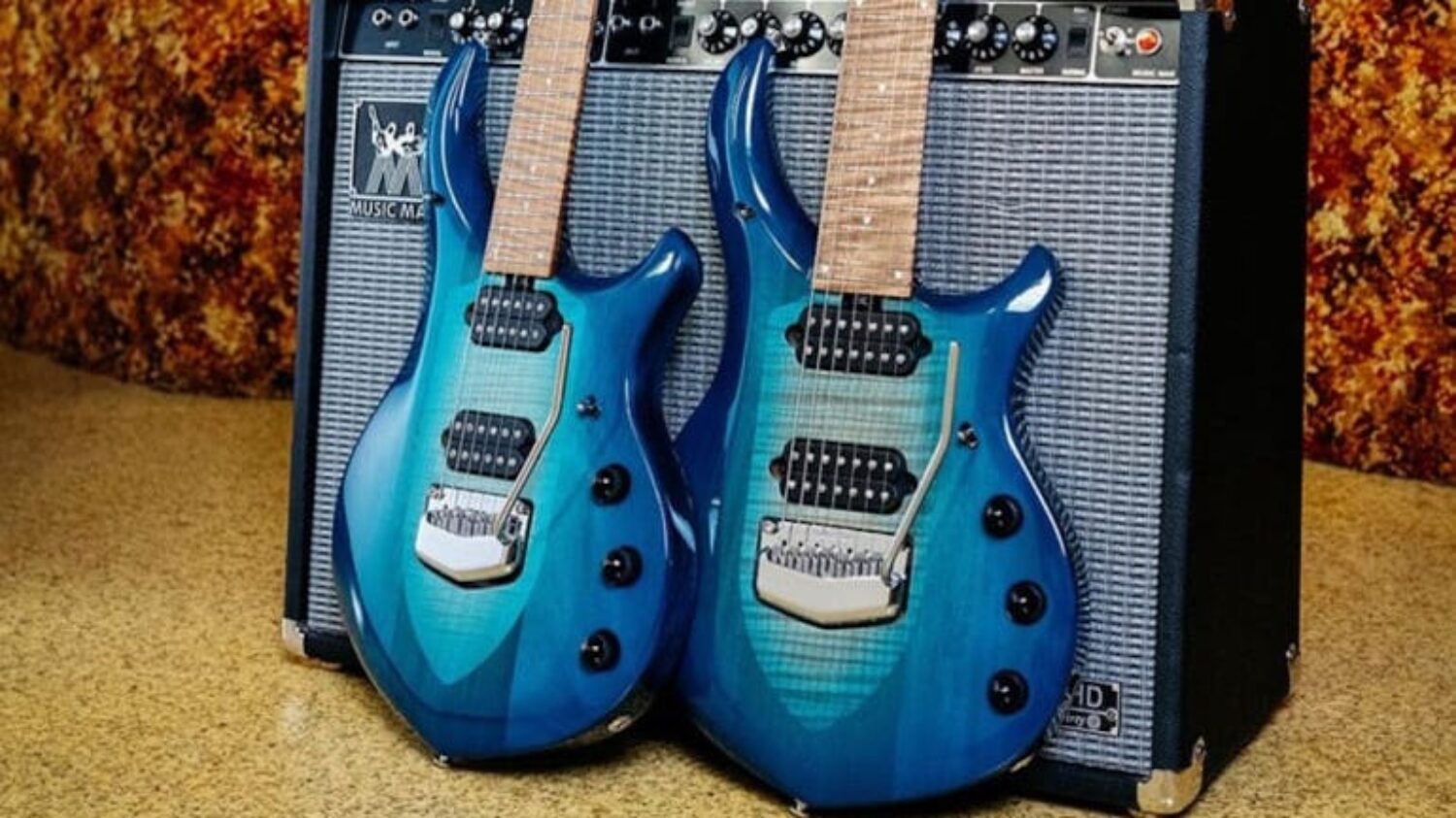 To no one’s surprise, Ernie Ball Music Man made quite a splash in 2020. With consistent new releases accompanying each month, it’s no question December had to bring something great. Now that we’ve arrived, we got good news. Wrapping up its impressive year, Ernie Ball Music Man and John Petrucci teamed up on a stunning guitar model, among some other new units. Furthermore, the EBMM x Petrucci Majesty Bali Blue Burst comes in two varieties – a six string, and seven string layout. Here’s the spec sheet on the 2020 Ernie Ball Music Man John Petrucci Signature guitars.

The new John Petrucci signature guitar, as mentioned above, comes in either six or seven string versions. Its most visually appealing feature is in the title, a stunning coat of blue paint that instantly captures attention. This is sure to make its player stand out on stage making a perfect accompaniment to its powerful tone. It features a baked maple fretboard, with 24 frets in total. No matter whether the six or seven string model is chosen, users will find a piezo pickup in the bridge, as well as a pair of DiMarzio Rainmaker humbuckers. All models will also be hand-signed by John Petrucci himself, and were very limited at the time of release. The six string model was available in only 95 units, where the seven string was limited to just 45, both sold out on Ernie Ball Music Man’s website within minutes.

These new John Petrucci Majesty Bali Blue Burst guitars are quite stunning to say the least. And Ernie Ball Music Man seems the perfect manufacturers to put them out. Of course, now that we’ve seen Ernie Ball Music Man’s great success and consistency this year, we look forward to its showcase at NAMM Believe in Music week. Just maybe, the company will once again surprise us with another year of big new products.