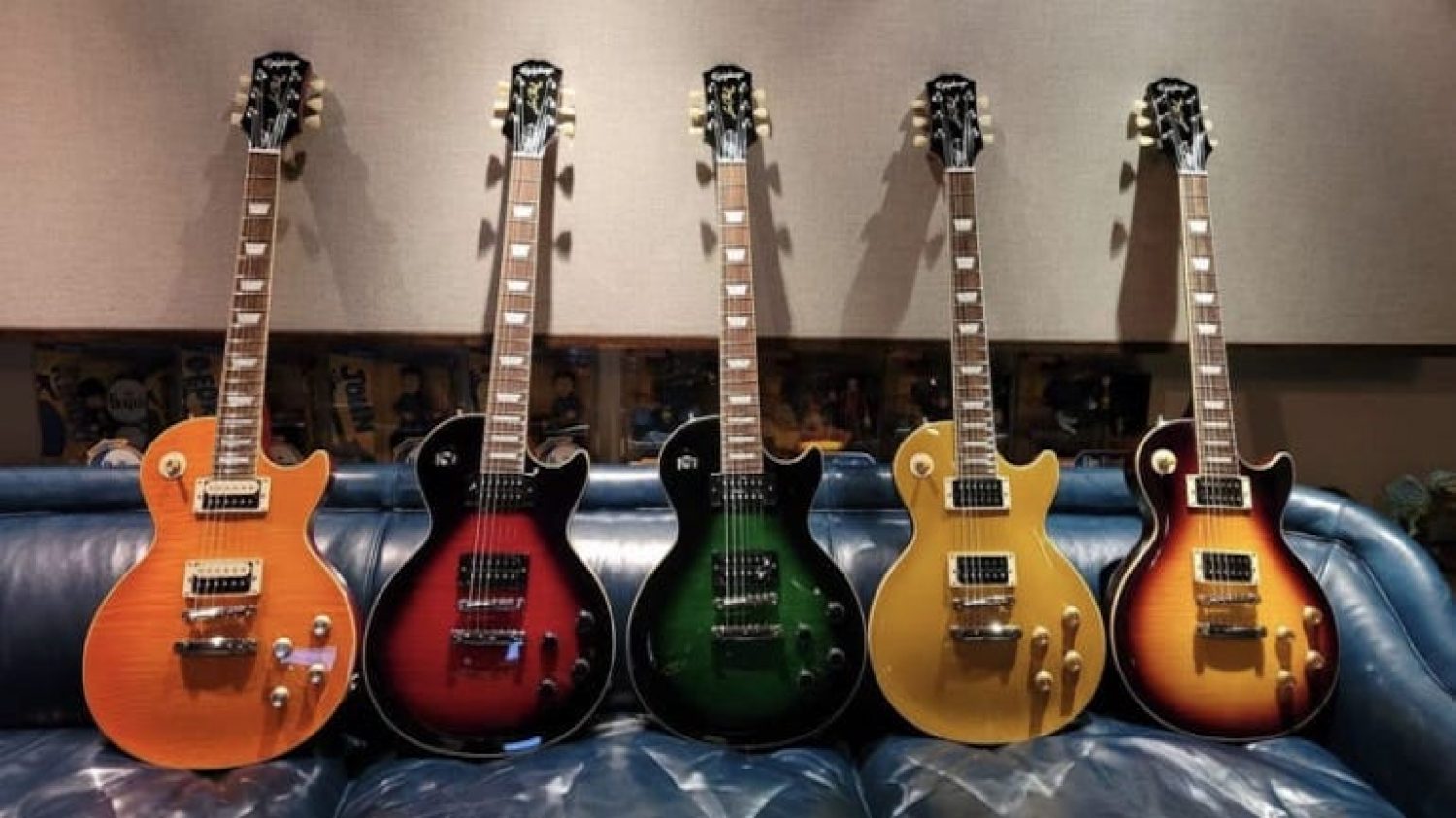 Back in January, Guns ‘n’ Roses guitarist turned solo musician Slash Instagram-teased a new Epiphone signature Les Paul. Shortly after, excitement immediately began stirring among guitarists and fans about the upcoming series. While the original caption did not give any details other than “later this year,” we now have the release confirmation from Epiphone. The new series (pictured above) consists of one guitar, but is available in five finishes. Official word dropped just days before the kickoff of Summer NAMM 2021 in Nashville, which drew quick attention at the Epiphone booth. Now, Epiphone has officially released the lineup, and it definitely seems to live up to the hype.

The official release of the Epiphone Slash Signature Les Paul Collection came in the week following Summer NAMM 2021. The guitars include a mahogany body, and C-shaped necks — all in line with Slash’s specifications.  Additionally, AAA flame maple veneers were also installed by Epiphone, for the guitar’s maple caps. Despite their affordability, these guitars cut no corners hardware wise either. The Les Pauls utilize an Epiphone LockTone Tune-o-Matic bridge, with a Stop Bar tailpiece, and Graph Tech nut. Pickups wise, these new Slash signatures sport a set of Epiphone Custom ProBuckers with Orange Drop capacitors and CTS pots.

When it comes to color preference, the Epiphone Slash Les Paul Signature leaves no players out. In order with the picture above, the guitar comes in Appetite Burst, Vermillion Burst, Anaconda Burst, the “Victoria” Standard Gold Top, and November Burst. No matter what color you choose, every order also ships with a Slash custom hardshell case. Finally, other exclusives to this collection include a “Skully” drawing from Slash on the back of the headstock, and Slash’s signature over the truss rod cover. Epiphone’s Signature Slash Les Pauls cost $899 a piece, and are shipping out worldwide now. To learn more, or to find a list of dealers near you, check out Epiphone’s website.