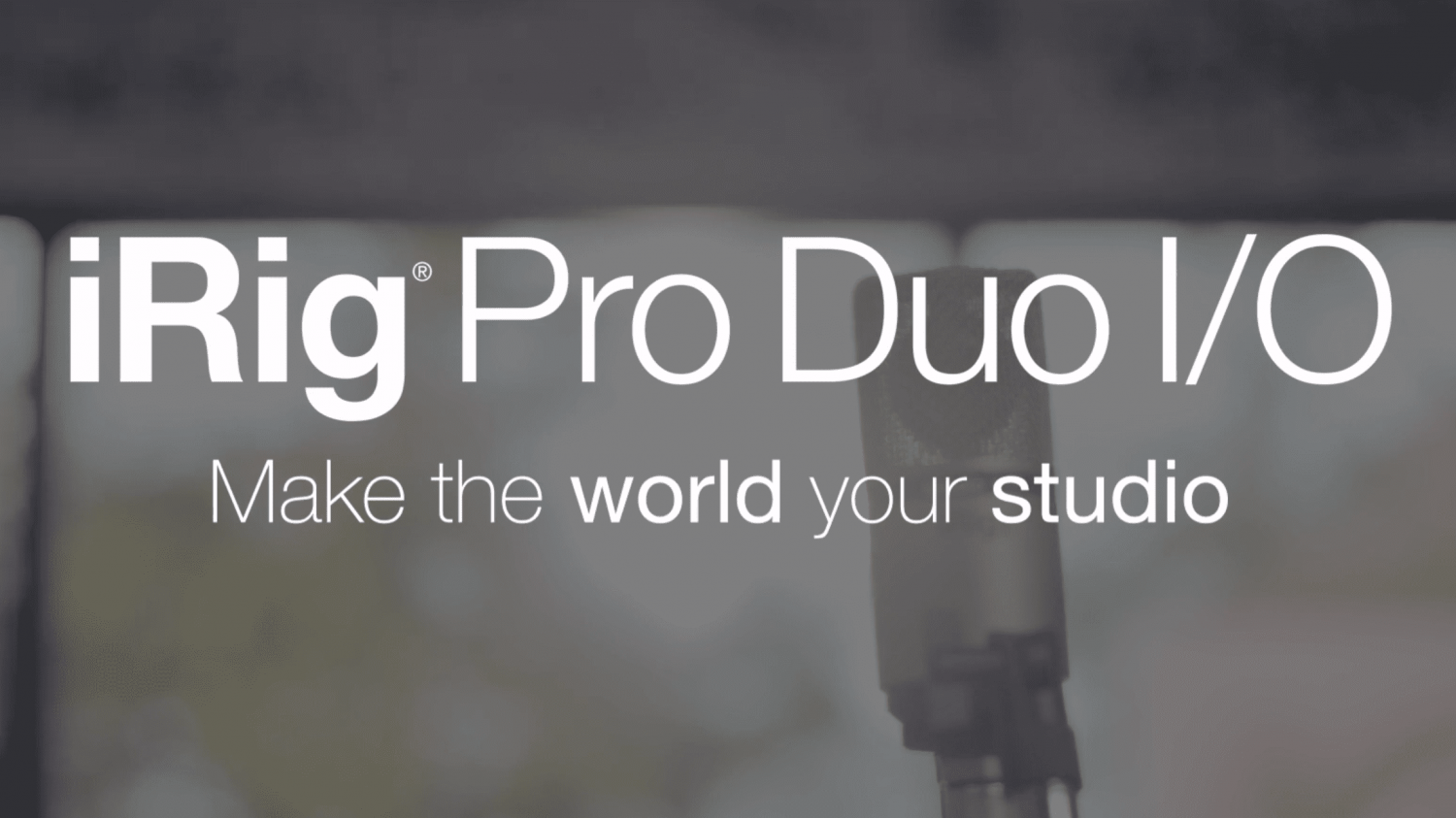 Ten years ago, IK Multimedia broke new ground with its initial version of the iRig field recording interface. Since then, the company has launched a series of new devices in the iRig series — and its latest device is the new IK Multimedia iRig Pro Duo I/O.

Serving as the next best follow-up to 2015’s iRig Pro Duo, the ‘I/O’ model brings a lot to the table. Like its predecessor, the interface includes a set of two analog combo-style inputs to accommodate either XLR, or 1/4″ connections. These feed directly through a pair of improved-upon Class-A preamplifiers that are already well known for clarity. Additionally, individual gain control and phantom power are provided, as expected. Also similar to last year is a provided I/O for optional MIDI connections. Finally, on the back end, a pair of L/R outputs and one balanced headphone out are provided for ultimate convenience.

A direct monitor parameter can be engaged to hear the input signal, without any latency. The iRig Pro Duo I/O comes with a standard USB-C interface, and lightning and USB-A cables for easy device fluidity. The interface can be powered from other connected devices, or on its own using AA batteries. When purchased, users can expect to also receive a large library of software with which it can be used.

IK Multimedia ensures plenty of improvements from 2015’s iRig Pro Duo in this new model, and we can’t wait to hear them for ourselves. The iRig Pro Duo I/O mobile interface is available now for purchase at a mere $200 price-point. To learn more, you can check out IK Multimedia’s website, or if you’re already decided, you can order it now on Guitar Center, from which it is expected to ship out at the end of April.