Studio One has well and truly become one of the do-it-all DAWs out there, now full-featured enough to take on the likes of Pro Tools, Logic, and others. Recently, PreSonus took the wraps off the latest and greatest iteration of the software, Studio One 6, which promised to build on the already-excellent Studio One 5 with a host of new features.

Now part of the PreSonus Sphere subscription service, you may have had access to Studio One 6 from its launch late last year. But what if you’re still on the fence about switching to Studio One from another DAW? Of course much of that is down to personal preference and workflow — but assuming you’re willing to make changes, should you change to Studio One 6? I’ve been using PreSonus’ Studio One 6 DAW to find out. 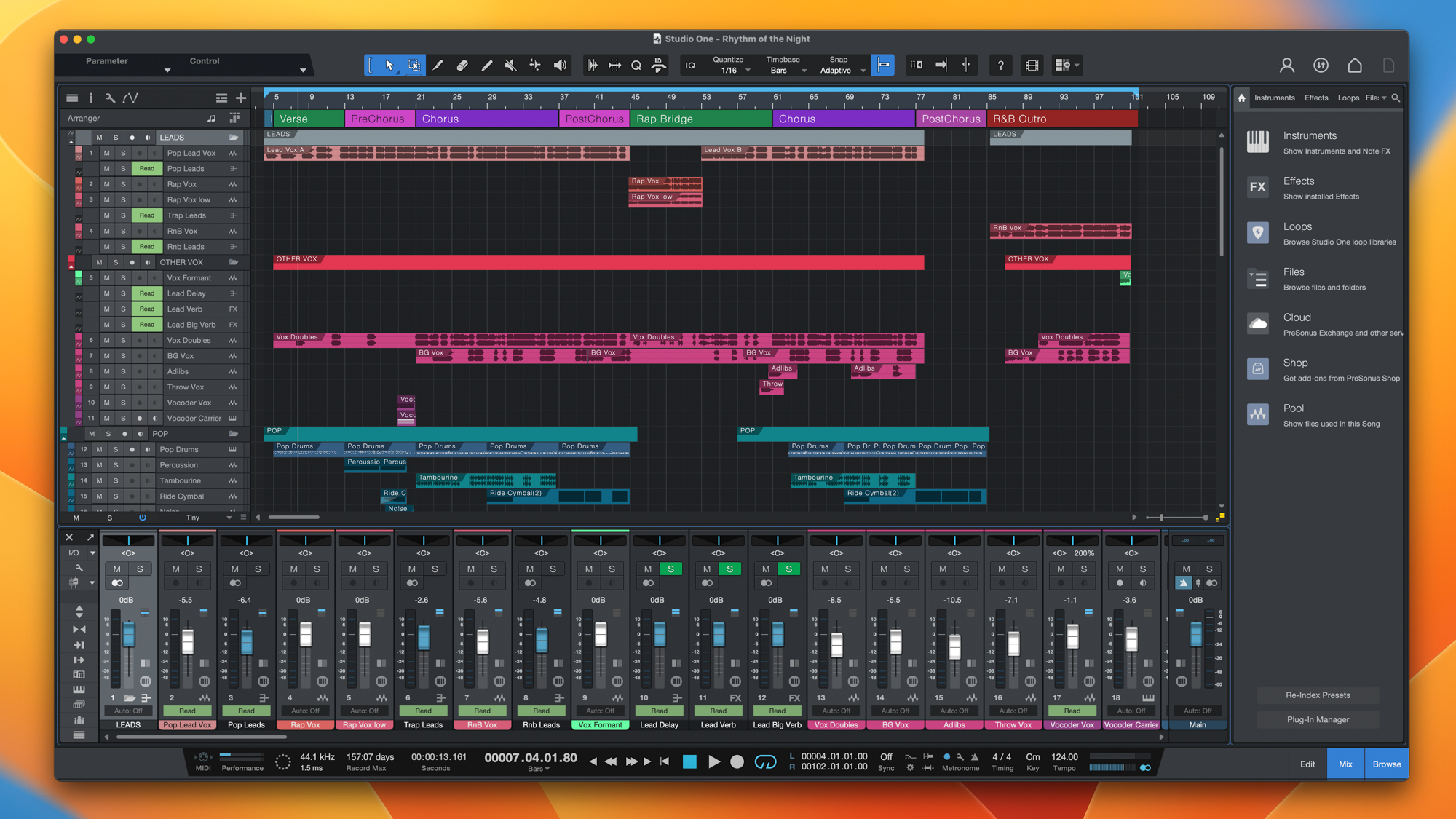 If you’ve used Studio One before, you won’t be surprised by the overall interface of Studio One 6. That’s not to say that there aren’t some important changes though — on the contrary, PreSonus has made it easier to customize the interface to your preferences, and generally make your way around the software more easily. But the general look and feel of the interface remains here from the last iteration.

So what are some of the biggest changes? Well perhaps the single biggest is the addition of the new Customization Editor, which essentially allows you to show and hide the tools you want and need. That helps make the interface more personal, and it supports showing or hiding almost all the tools and features in the software. Customizations can even be saved for later, and if you create a new one, and there are presets provided by PreSonus to help get you started.

It’s a pretty sweet feature, and a great way to enhance your overall workflow. Like any customization, of course, you’ll need to remember your customizations if you work across multiple computers though — I couldn’t find a way to import or export customizations.

Another big change is the new mixer channel overview feature. This allows you to see all of the channels parameters in one place, including parameters for plugins input controls, sends, and more. It’s a great way to avoid losing track of dozens of windows at a time, and can seriously streamline your process once you get used to it.

Another way that Studio One 6 makes it easier to get started with a project is with the new Smart Templates tool. This allows you to quickly create new projects with all of the basic settings already in place. For example, there are Smart Templates for basic recording, mastering, live shows, and more.

To be clear, Studio One isn’t the first or only DAW to offer templates tailored to a specific workflow, but Studio One does seem to go above and beyond with this, by only showing tools you’ll need for the project with the aforementioned Customization Editor. It’s very smart that PreSonus has integrated the editor into the templates feature in this way — and while it may mean you have to remember what tools are and where they are if you bounce between different types of projects, as you get used to it you’ll likely find it offer a smoother workflow.

As you might expect, Studio One 6 brings a few new plugins and effects to the table too. For starters, there’s a new De-Esser plugin that’s built to cut down on that unwanted sibilance easily. I found it to be relatively intuitive and easy to use, though not necessarily more so than any other de-esser.

There’s also a new Vocoder, which is exclusive to Studio One 6 Professional, and again, was easy to use and produced some cool effects.

Last but not least is the third iteration of the ProEQ plugin, which allows you to solo individual frequency bands, and now features a dynamic mode that essentially turns it into a multiband compressor. Again, it’s a worthy upgrade, and I always appreciate companies improving on built-in effects and plugins — but I tended to still reach for FabFilter’s Pro-MB or Pro-Q. That said, if I didn’t already own those, I might not be tempted to buy them given the improvements of PreSonus’ stock plugins.

PreSonus Studio One 6 brings a number of worthy changes to the ever-improving DAW. Frankly, Studio One has become a powerhouse DAW over the last few years, and while it makes sense that it was overlooked a little early in its existence, anyone wanting more from their DAW, or willing to give a new one a try, should consider Studio One.

Because of how much the DAW has improved, we’ve awarded it the All Things Gear Gold Medal.