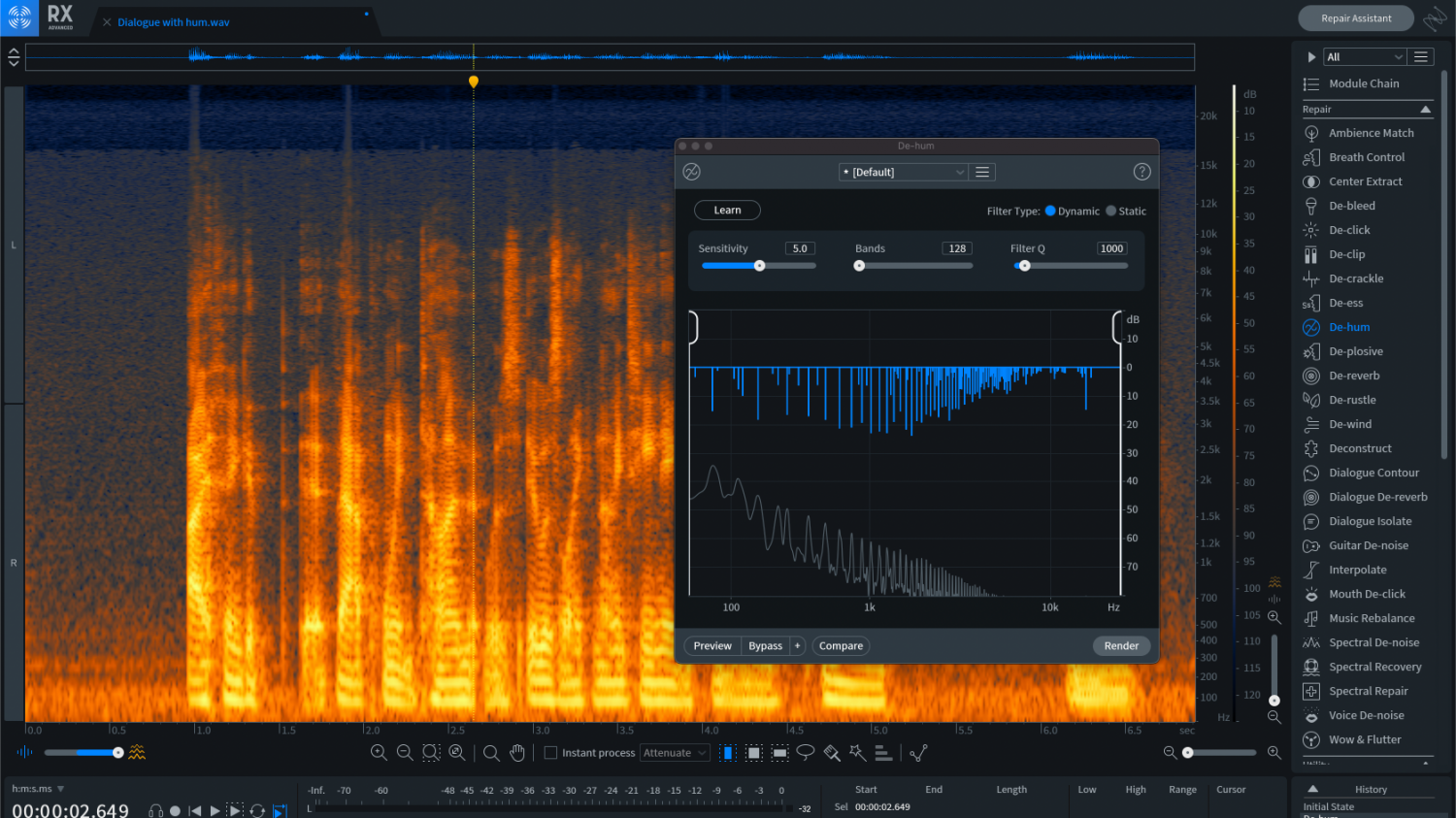 For several years now, iZotope has lead the pack in audio restoration and post-production software. Additionally, the company has remained constant in its improvements to the RX plugin over the years. Right on cue, the company is now back once again with yet another iteration — iZotope RX9 Advanced. Although not much time has passed since we saw RX8 hit the scene, iZotope promises some big advancements in its latest installment of RX. Here, we’ll dive into everything one can expect with a purchase or upgrade of the iZotope RX9 suite.

The first major focus-area in iZotope’s ninth RX release, is in its “dialogue-isolate” feature. Its latest improvements make it easier than ever before to extract clean dialogue from its environment, without artifacts. This effort was spearheaded in adaptation to the changing environments that audio is captured in. “For RX9, we have revisited some of our most important processing tools and made them even better,” says Product Manager Mike Rozett. “We wanted to focus on the fact that dialogue is getting noisier and noisier. From location shoots to warehouse sets, to wireless interference on sound stages … The industry is facing more and more noise, with less time to fix it.” RX9 Advanced also brings a brand new feature called Complex Ambience Match. With it, one can now seamlessly connect dialogue and ADR cuts with real background movement and textures such as wind, ocean, traffic or crowds.

In addition to its Dialogue Isolation improvements, iZotope RX9 offers improvements to even its “Standard” edition users. For example, the latest version of De-hum offers a new dynamic mode to instantly remove hum, ring, or interference. Additionally, other improvements now allow engineers to roll back an audio selection to any previous step in the history list. Paired with this, it now offers up to 30 steps of undo history. Finally — RX users working in Logic can use the latest Spectral Editor to clean unwanted sounds straight from the plugin, eliminating the toggle between the Logic and RX windows.

While it does bring quite a lot to the table this year, iZotope seemingly has not budged on its pricing from last year for its RX software. Users can purchase RX9 Standard for $399, RX9 Advanced for $1,199, and RX Post Production Suite 6 for $1,999. However, if you act early enough, you can catch these for their introductory prices at $299, $799, and $999 respectively. To learn even more about the new RX9 suite, or to purchase for yourself, head over to iZotope’s company website.