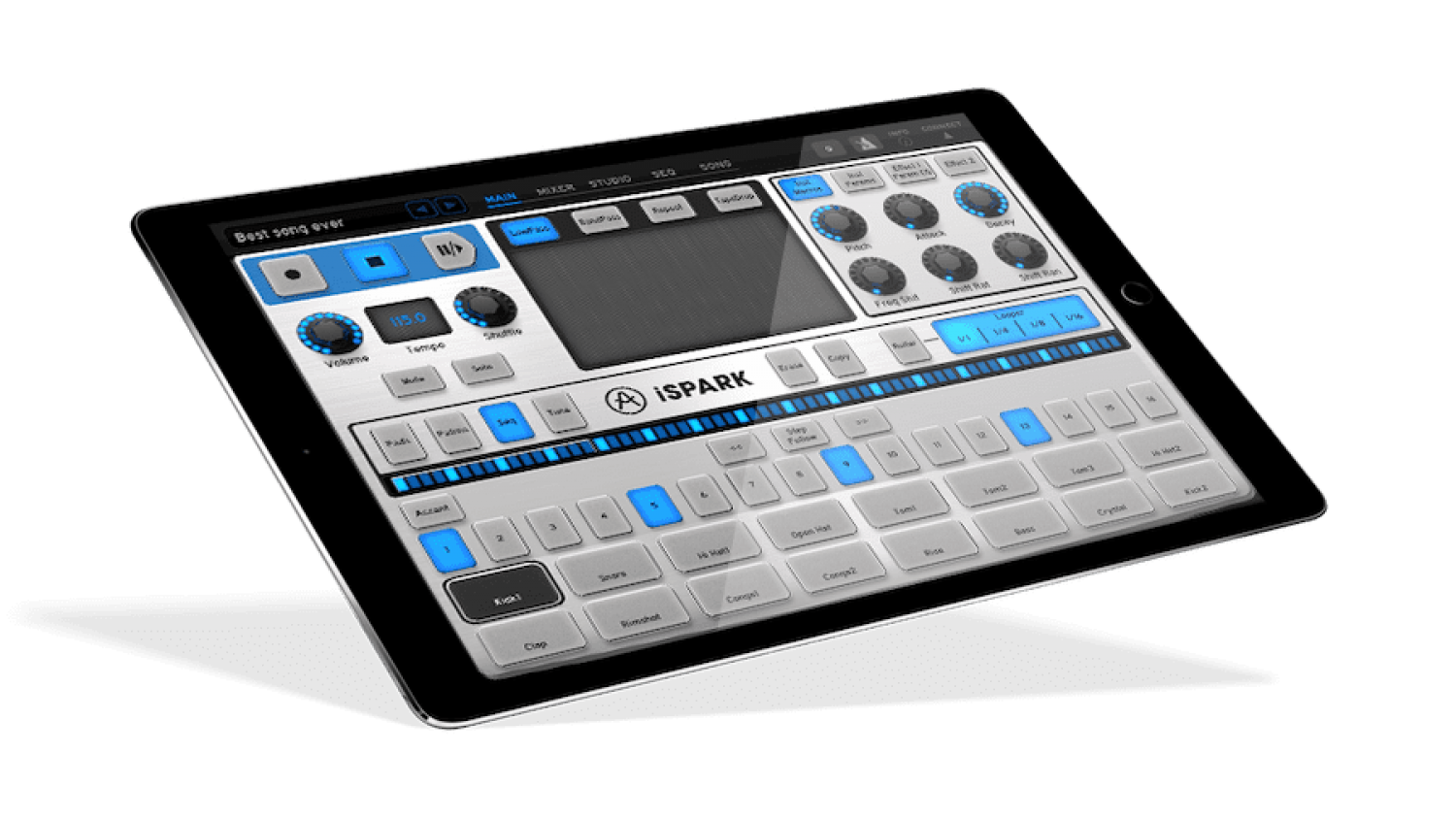 If you’ve already been utilizing the number of free products and licenses that companies have been putting out in light of the COVID-19 epidemic, but itching for more, you’re in luck. Arturia, known for its amazing synths and software instruments, has just announced that its iPad app “iSpark” will be free on the App store for one month. This announcement follows another recent price cut from the company, considering it slashed prices by 50% on its V Collection 7 series of software synths.

iSpark is a fully-loaded intuitive drum machine app which allows users to utilize a library of 640 instruments, and 40 kits to sequence beats that can fit all genres. With it, users can play and sequence every layer of their beat, as well as edit them, all in real-time. A massive 64-step sequencer really lets people fine tune their beats to precisely mirror what they’re looking for. Each portion of the beat can have a series of effects applied individually, and finalized together all at once using the on-board mixer. Finally, when each beat is created, they can be chained together at the end, in house, to create a full song.

Producers can also sync iSpark using a lightning cable with both Arturia‘s SparkLE hardware controller, as well as the Spark 2 desktop instrument software. It is compatible with most other third-party DAWs and apps using AudioBus, Inter-App Audio, or AbletonLink, to really turn your beats into a full song. Typically, the iSpark app runs for as much as $16 on the app store, so having access to download the app for free until the end of April is definitely a nice move from Arturia, as saving even a few dollars for the sake of creativity could mean the world to many people right now. To learn more about the iSpark drum machine iPad app, head over to this overview on the company’s website, or head to the App Store to download the app for yourself.