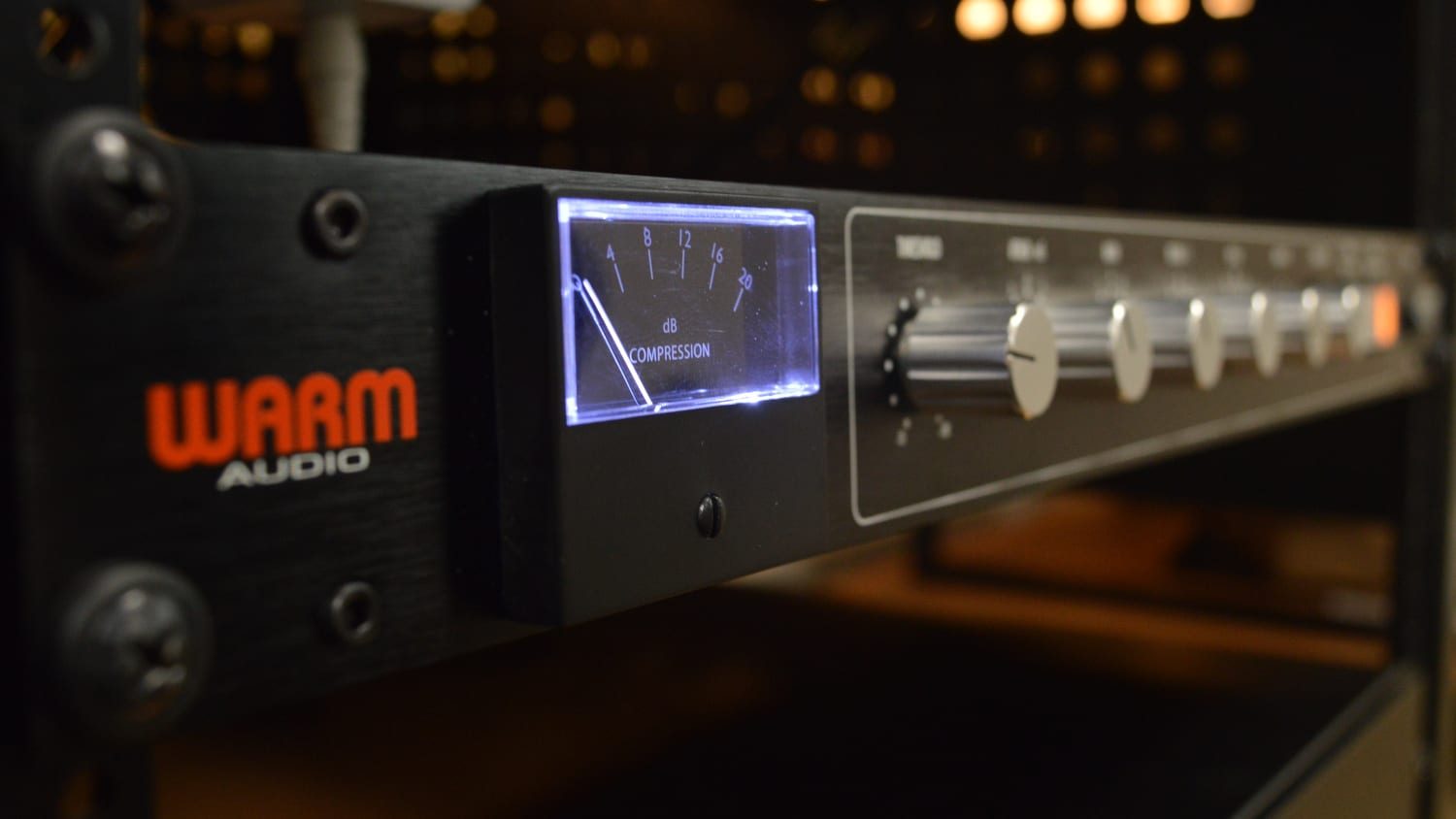 Over the past few years, Warm Audio has built a name for itself as a company that builds high-quality equipment at a reasonable price. At NAMM 2020, the company unveiled the new Warm Audio Bus-Comp compressor, which boasts two-channel setup, a modern design, and VCA compression — and all at the reasonable price of $699. Considering the fact that this piece of gear is largely aimed at taking on the likes of the SSL bus compressor, that’s a pretty impressive price range.

The new compressor could be the go-to for budget-minded bedroom producers and professionals alike — especially given how well Warm Audio has performed in the past, and especially considering how expensive good alternatives can be. But does it ultimately deliver, or should you steer clear? We’ve been testing the Warm Audio Bus-Comp for a while now to find out.

The Warm Audio Bus-Comp is a relatively good-looking 1U machine, with a black and gray color-scheme and that increasingly popular Warm Audio logo on the left. On the front of the compressor, you’ll get a small VU meter, which lights up when the compressor is on, and reacts when in use. The needle in the VU meter moves to the right when the signal passes the compression — and not to the left as you might get in some other compressors.

To the right of the VU meter, there are a series of knobs for controlling the compressor. For starters, you’ll get a threshold adjustment knob, along with knobs for attack, ratio, and release. There are also knobs for a high-pass filter and make-up gain — both of which are nice additions. Last but not least, there are three buttons — to engage the compressor, engage the external side-chain, and engage the transformers. These buttons light up yellow when in use.

On the back of the compressor is where you’ll get your inputs and outputs. It’s a simple setup — including an input and output for the left and right channels, and an input for the side-chain.

The overall design of the compressor makes it approachable for beginners, and easy to use for those who already know their way around studio equipment. There’s little to no learning curve here — and that’s good news for those who might be buying this as one of their first pieces of hardware equipment.

The Warm Audio Bus-Comp doesn’t go over-the-top in terms of features, but that’s part of the approachability of it — and what it does do, it does well. The compressor is set up largely for stereo use, but you can use it for mono tracks too, as long as you keep in mind the fact that you can’t use the Bus-Comp in a dual-mono setup. The ability to engage the transformers without actually engaging the compressor is a nice touch too — and it means you can add a nice, subtle effect to tracks that may not need compression, or disengage it even when you’re getting compression.

Of course, perhaps the best things about the compressor have to do with what’s under the hood. The compressor is a VCA compressor, or a voltage controlled amplifier compressor. What does that mean? Well, it essentially means that it offers a faster attack and release response, at least when compared to tube compressors. Often, VCA compressors are cheaper than tube or optical compressors, but they’re also often more transparent and widely usable, and they offer some distortion when pushed. Every studio should have at least one or two VCA compressors, and this is a serious contender.

There is one feature missing that wouldn’t have added much complexity to the compressor, and that’s a “Mix” knob. Sure, the compressor is built for stereo mixes, but the ability to add parallel compression out of the box is always nice, and it would have made the Warm Audio Bus-Comp even more versatile that it already is.

As the name suggests, the Warm Audio Bus-Comp is really built for stereo compression of a mix rather than individual tracks, and we tested it on a range of genres. Just for the sake of putting it through its paces, we also tested the compressor on individual tracks, including vocals, guitars, and bass guitars.

We found that the compressor was great at bringing through some of that low end response that otherwise might get lost in a mix, but thanks to the high pass filter, you can also eliminate rumble, which is particularly useful on things like a stereo piano track, for example. And, of course, you can really have some fun with the compressor on things like guitar or vocal mix-downs, where it can be used to offer a subtle squeeze, or a more audible pump.

As mentioned, however, where the compressor really shines is in bus compression, and to that end we used the compressor on a range of tracks. Ultimately, the compressor delivered a nice cohesion to stereo mixes of all genres. With conservative settings, you can bring that cohesion to your tracks without adding too much in the way of pump or tone, however if you really want to raise the roof, you can dial in the 10:1 ratio and unleash the beast. It’s still not the most “audible” compressor out there, but it’s not afraid to make itself known. On some tracks, you can really deliver that “in-your-face” feel, while on others, the compressor is more than capable of subtle enhancements.

The Warm Audio Bus-Comp is a well-designed compressor that will make a great addition to any studio. Sure, it’s particularly a good choice for those looking for a great bus compressor on a budget, but even larger studios could make great use of the compressor thanks to its transparency, ease of use, and excellent sound quality.

But what about plugins? Sure, there are plugins out there that will do the job, but if you’re serious about music-making it’s worth taking the best of both worlds, and the Warm Audio Bus-Comp is a good example of why. It’s versatile, well-designed, and easily takes on competition double its price.

You can get the Warm Audio Bus-Comp for yourself using the links below.