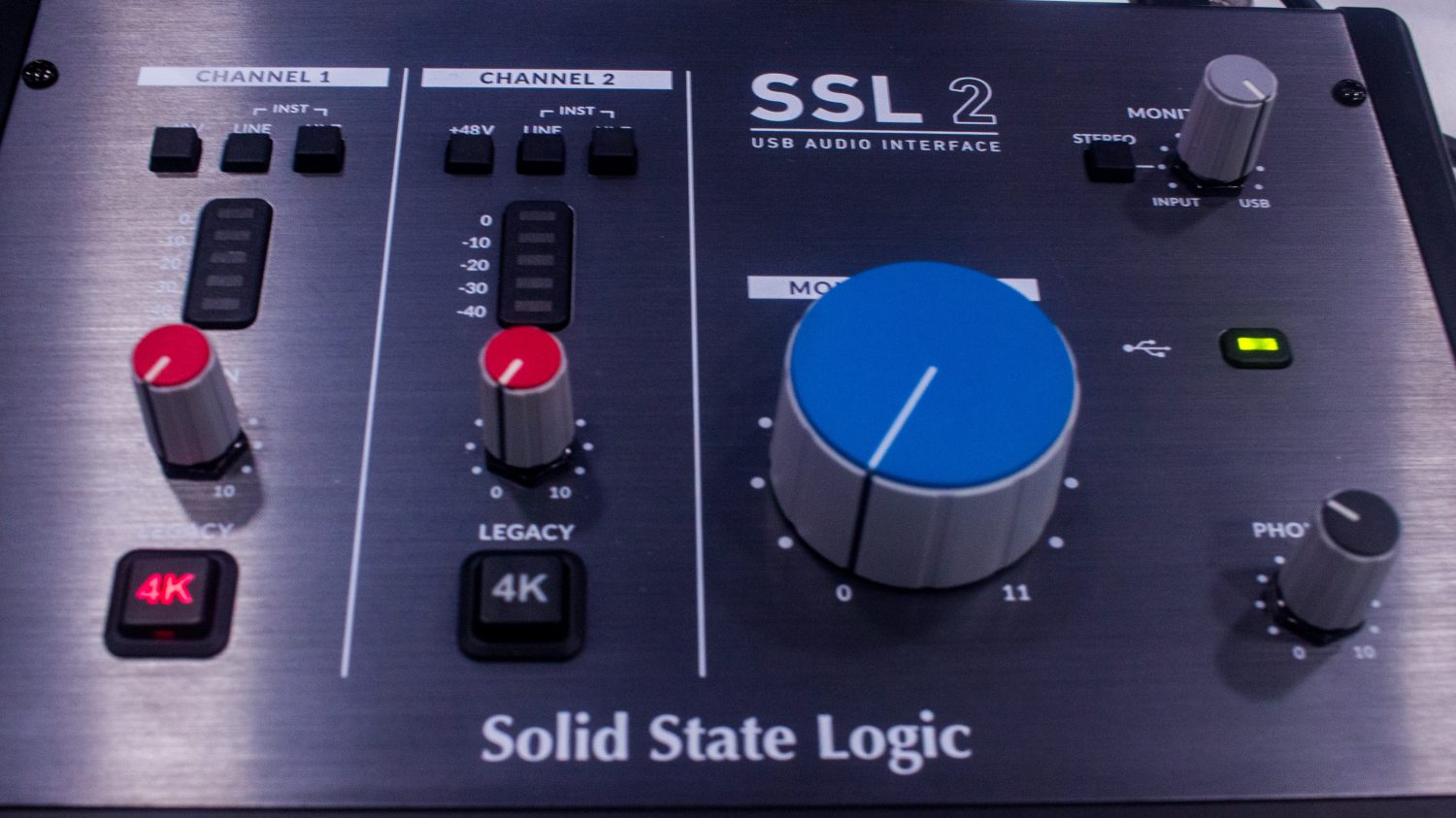 One of the most interesting releases of the weeks leading up to NAMM 2020 was from Solid State Logic, which launched the new SSL 2 interface. With just two inputs and outputs, it was hyped up as the perfect interface for smaller, home recording setups. We had the opportunity to give this brand-new interface a try for ourselves to test out its sound integrity and power at NAMM 2020 — and were definitely not disappointed. Here are our thoughts on the new machine.

The SSL 2 from Solid State Logic has a fairly simple design overall. It offers the same color scheme that SSL has historically used across its consoles and many other units, a dark gray base, with black, gray, blue, and red pots. The interface is set up in a way that is super easy to understand and navigate, making it easier than ever for the engineer to use. The SSL 2 interface also offers lights in its gain meters, power button, and underneath each ‘4K’ button when engaged. Aside from that, there’s not much else to speak on its design, as its true colors appear when you listen to it at work.

In the world of basic, two-channel recording interfaces, the SSL 2 easily stands on its own. That would be assumed, since not many other manufacturers have downsized their interfaces into a 2×2 format. While we may be stating the obvious, the only other interface that achieves the same purity of signal to the SSL 2 would be the Universal Audio Apollo. And this new model from SSL may just be the perfect competition UA needs.

When adjusting the input gain, it delivers a slight, signature SSL coloration in tone. However, its audio quality remains very clean the entire time as well. And its new legacy 4K button, when engaged definitely adds even more character to the tone, if needed. We really enjoyed the fact that SSL provided an option for those who may, or may not want as much SSL characteristic present in the recorded audio.

The monitor level may very well be one of the smoothest we’ve heard yet. At no point when turning up the volume level did we feel like it was uneven in places, or that we heard any unexpected spikes in audio level. When listening through a pair of headphones, the same thing could be said as well, its audio level was just as clean as through the monitors, with a little bit of SSL warmth.

Of course, there’s only so much testing that can be done on a showroom floor, so we’ll have to wait until we can get our hands on the device in the studio to truly test out its quality.

The Solid State Logic SSL 2 Interface is priced at a mere $230, and for that amount, the sound it produces is stunning. We would highly recommend skipping on that sub-$100 interface, and save up just a little bit longer to get your hands on an SSL. In the long run, we guarantee you will thank yourself for it, because you’re going to walk out with higher-quality recordings that you will look back on with pride. Like we said before, Universal Audio now has a new competitor to the Apollo Twin, and we can’t wait to hear what amazing music gets recorded with it. You can get the SSL 2 for yourself straight from Guitar Center.