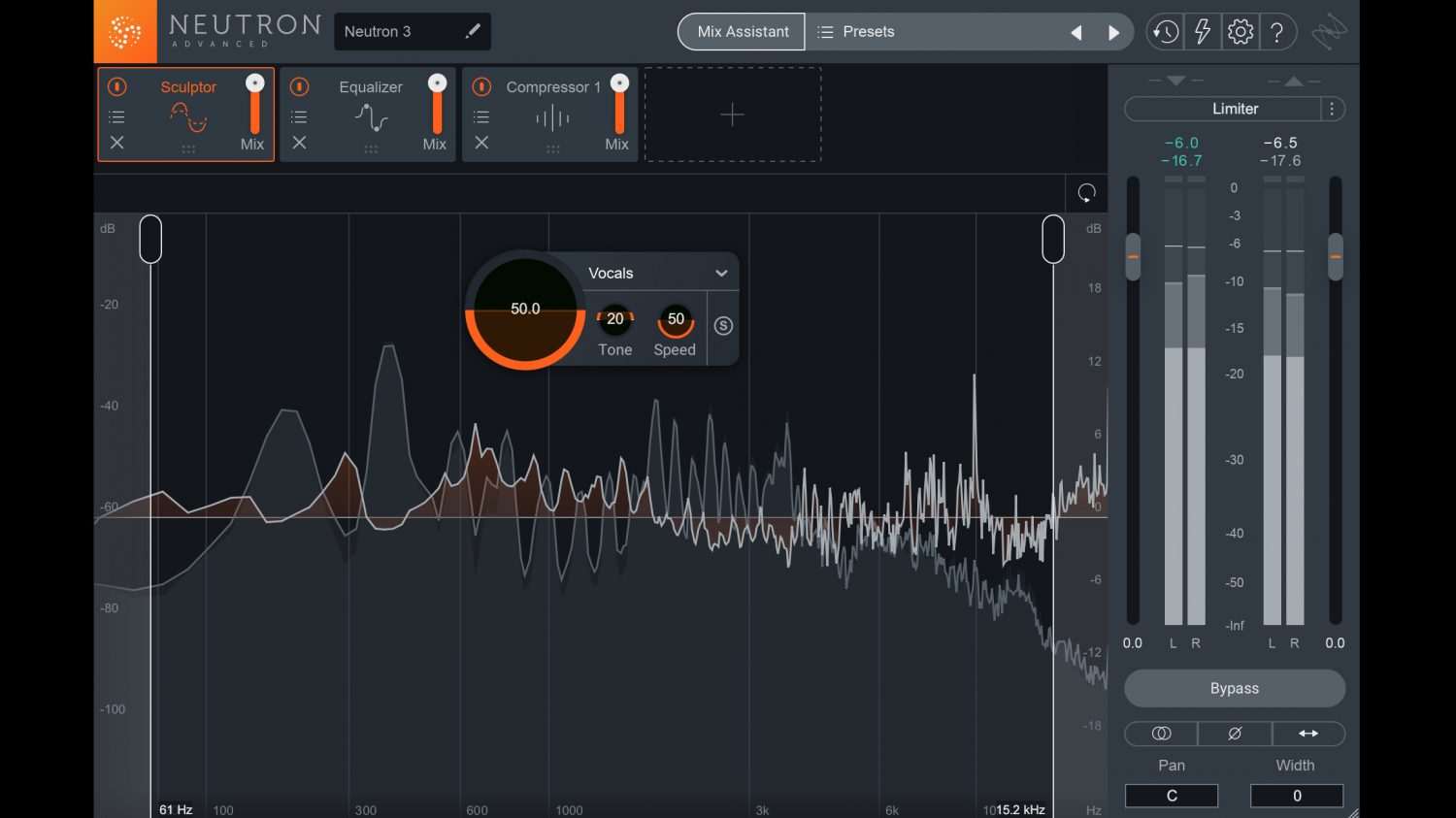 As we sit just over a month out of Summer NAMM 2019, and wait in anticipation for companies to start rolling out announcements for the second part of the year, it seems that iZotope is leaving no room for noise. In one fell swoop, it has announced what is sure to gain a lot of attention from iZotope fans everywhere: iZotope Neutron 3. Right off the bat, there are a lot of new features to unpack that differentiates this new version of Neutron from its predecessors — so let’s dive straight in.

First and foremost in the lineup of new features included in Neutron 3 is a brand new mix assistant that for the first time ever speaks to every track in your session, and uses a focal point to automatically set levels before you even have to touch a fader. Additionally, a new “Sculptor Mode” allows you to use spectral shaping to fine tune instrument tones, or mess them up entirely.

Aside from the new features included in Neutron 3, a lot of the features you loved in Neutron 2 are getting a facelift as well. An improved masking meter detects and prevents tracks that have overlapping frequencies to step on each other, clearing up your overall mix. iZotope has also improved upon its overall interface allowing for even smoother workflow in a resize-able window. The track assistant that you know and love from previous Neutron packages has also been improved upon to listen to your audio and create a custom preset based on its automated conclusions.

Neutron 3 is out now in a series of three different purchase options.

With your demo downloads of Neutron 3 Advanced, you’ll get both Visual Mixer and iZotope Relay for free. Neutron 3 Advanced is being included in iZotope’s Music Production Suite 2.1, additionally, the iZotope Elements Suite is going to be updated to include Neutron Elements (v3).

For more information about iZotope Neutron 3 or to get the awesome-looking new plugin for yourself, head straight to Plugin Boutique.