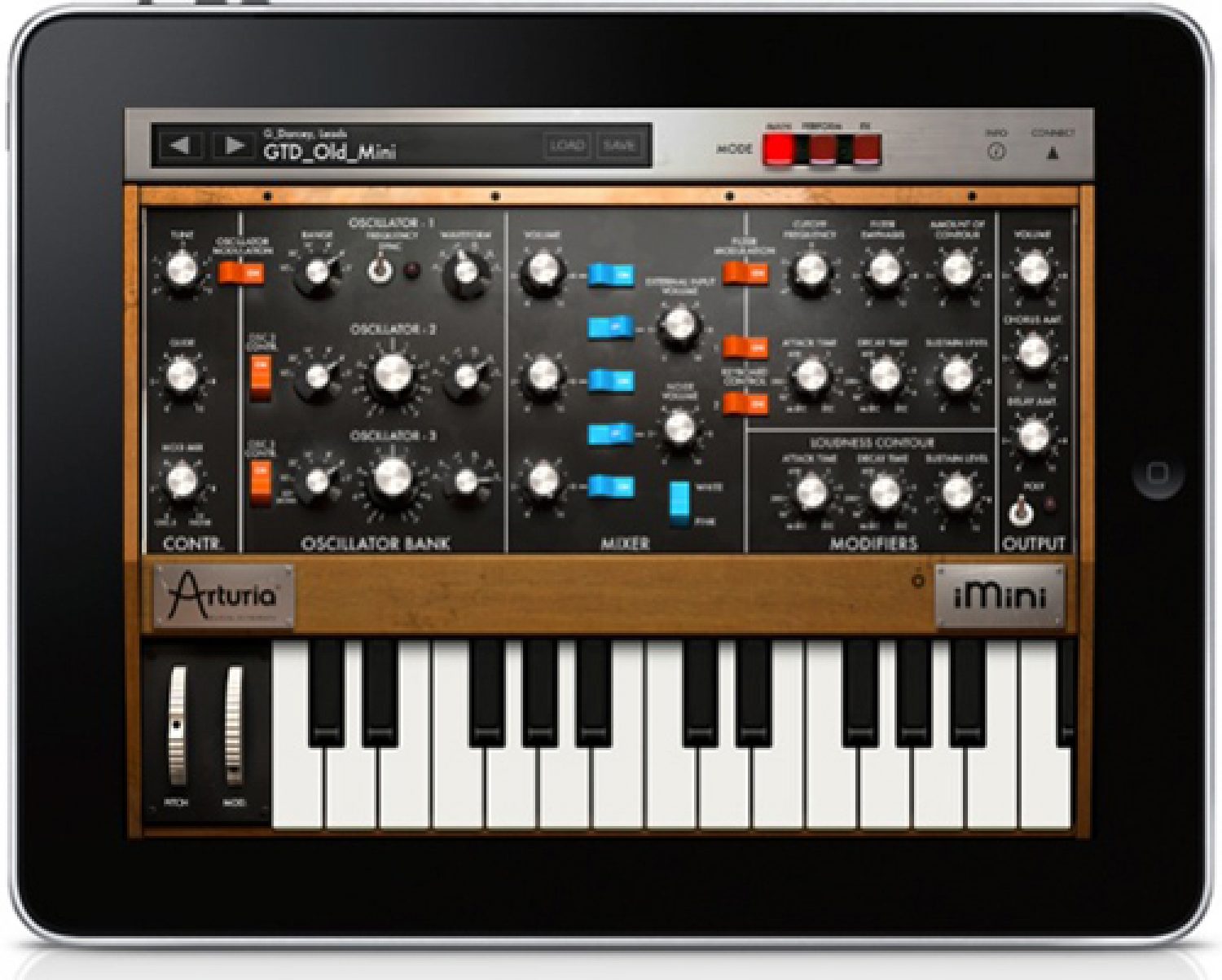 Well, it’s been far too long since I’ve posted so I thought I’d get off my butt and do something about that. Just so you know my plan is still to try and post at least every 2 or 3 days…I did say try! 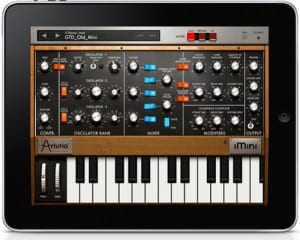 I’m not normally one to be looking at software instruments, however this one caught my eye because of the post I did a couple posts back about audio and the iPad. Arturia is known as making some of the best Moog emulators out there, and it seems that they have expanded this into the world of the iPad. Simply put, this Minimoog Model D emulator is based off of their Mini V plug in, which would be a review unto its own.

Without going into too much detail about the Mini V plugin, it’s one of the classic Arturia software instruments that really highlights the classic Moog sound from 70’s funk all the way to 90’s hip-hop. One word to describe it would be PHAT. So yeah, a REALLY classic sounding bit of gear that could come in handy a lot for any producer. And now, it fits inside an iPad.

This plugin features a pad controlled arpeggiator, and an analog delay and chorus. A point for consideration is the fact that iMini is compatible with the free iPad DAW . This isn’t a HUGE surprise considering Tabletop is one of the few iPad DAWs out there, but still interesting as iMini could have been released as a standalone instrument only and still achieve quite good success. Personally, I’m not a huge tabletop fan, simply because of the fact that it is a DAW that doesn’t support audio tracks, but for a free app it’s not too bad for making music that is strictly software instruments.

Overall, iMini looks to be an incredible addition to the iPad audio world. Arturia knows what they’re doing when it comes to Moog emulators, and because of the fact that iMini was based off of Mini V, I have confidence in its quality. The iMini is available for $21.99 on the App Store.