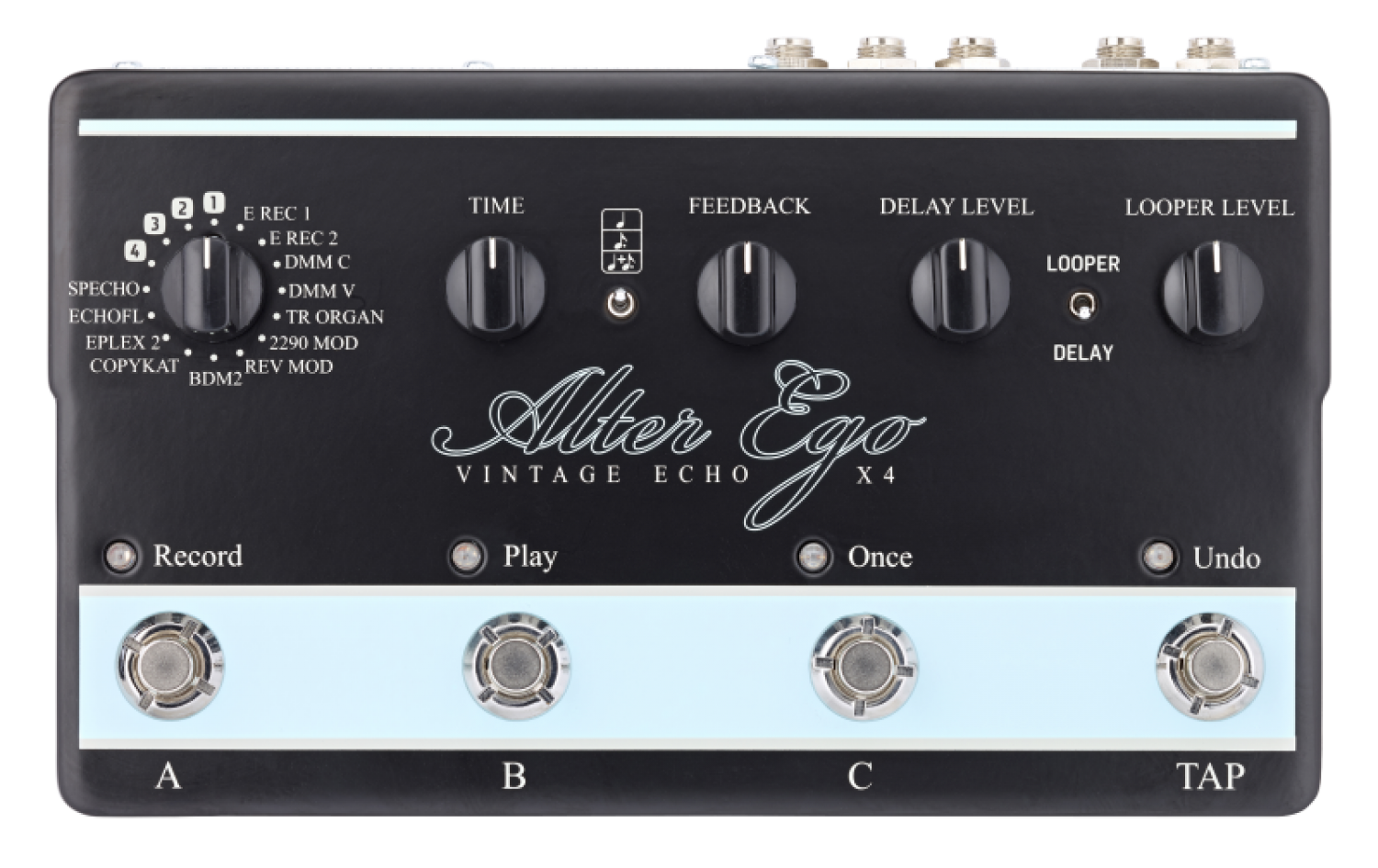 Yesterday, TC Electronic revealed an updated version of the Alter Ego delay pedal: the Alter Ego X4. With over a dozen vintage and modern-sounding tones, it looks like the X4 is going to be a Swiss-army knife of sounds!

Built by both TC Electronic and ProGuitarShop, the Alter Ego X4 features vintage delays based on the tones of beloved classics like the Echoplex and Roland Space Echo, along with TC’s own Toneprint technology, a 30-second looper, MIDI programmability and the ability to control parameters with an expression pedal.

There’s no word yet on pricing or availability just yet, but it should be released soon!