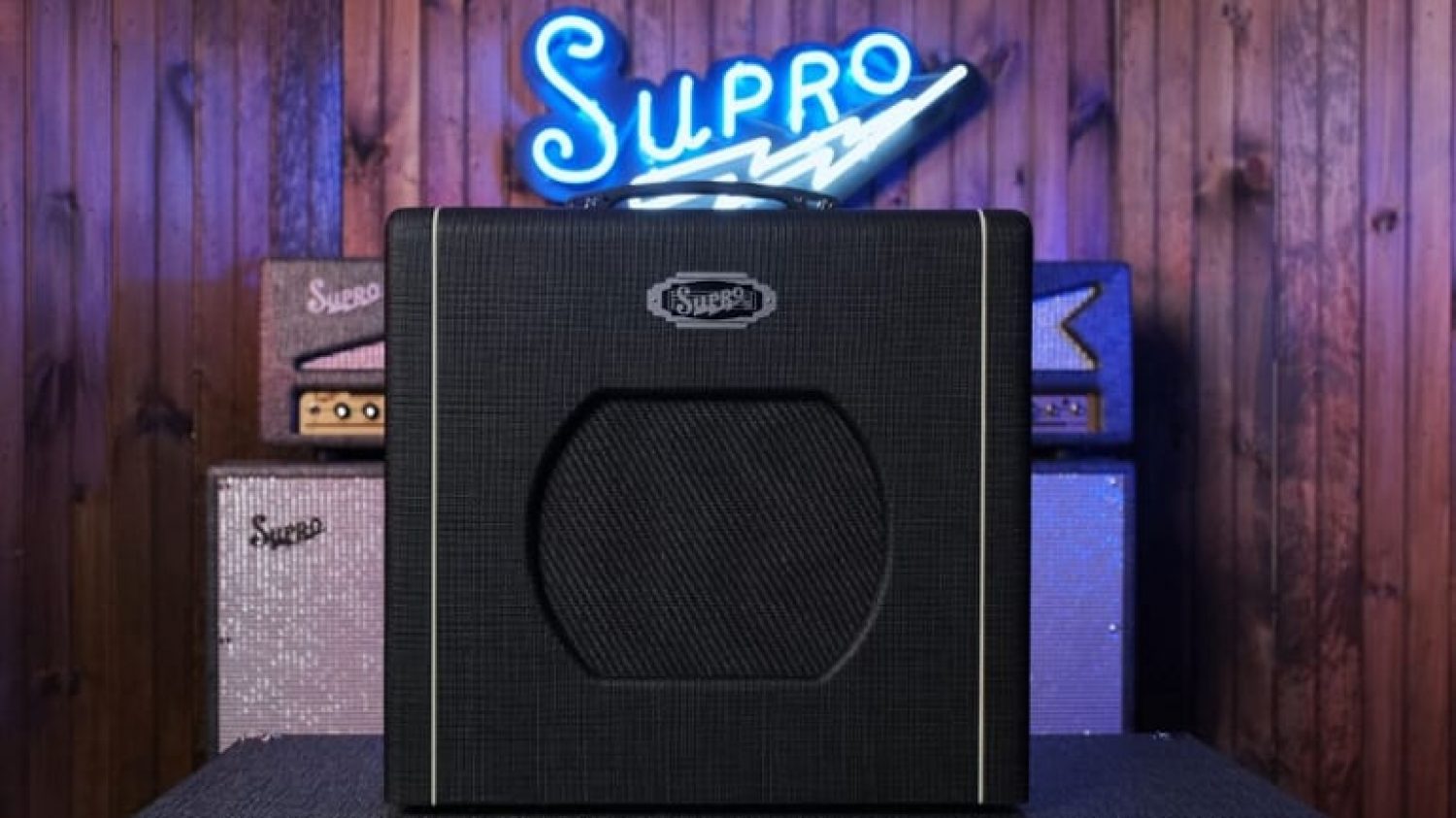 Supro, a guitar product manufacturer that has become increasingly popular over the past few years, has something new on the market. The new Supro Blues King 10 is the newest small-form combo amp, and was introduced as a middle-ground option between the Blues King 8 and 12. With the already existing options of an 8″ speaker with 1W of power, or a 12″ speaker with 15W of power, it seems the guitar world needed an option between the two.

The all new Supro Blues King 10 satisfies that need with a 10″ speaker, supported by 5 watts of power. It goes without saying, much like the other two Blues King models, this is definitely meant to stand as a portable, low-power amp. However, there are several other features that make this amplifier stand out from the crowd.

For starters, its preamp is powered by a single 12AX7 tube, while its overall power is delivered by a 6V6 tube. Which is very handy, given that the majority of ‘practice’ combo amps of this form are all solid state. So even though it’s small, it definitely sounds bold and mighty with that extra tube power. Another great feature of the Blues King 10 is its onboard spring reverb, which is something that is typically only found in larger-format combo amps. Two switches at the top of the amp can also engage ‘FET Boost,’ and ‘FAT Drive’ features for a little extra power, or tone. Finally, it has a two-band EQ to adjust the Treble and Bass tone outputs individually.

It’s nice to see Supro respond to its users calling on them for a middle option of Blues King amps. And for a unit priced of $499, (which is definitely low for something containing all of its features), it’s hard not to start justifying your own money in its direction. For those who want to learn more about the new Supro Blues King 10 combo amp, head straight over to the Supro website. And if you’re at the ready to pull the trigger for yourself, you can buy the amp for yourself using the links below. Shipping is expected on March 20.