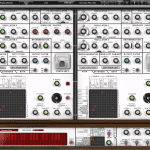 XILS-lab has once again released another great version of the XILS synth, the XILS 4. The XILS 4 emulates the EMS VCS4, which was never released but quite sought after. Based on two integrated, interlinked and interacting VCS 3 cores, it could create a wide variety of new sounds. The ability to do this as well as have the freedom of the p...[Read More] 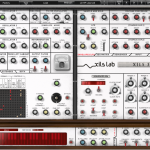 XILS 3 v2.0, by XILS-lab brings the EMS VCS3 look back to life in an extensive multi-platform virtual instrument, keeping some of its best features while creating a whole new synth that pleases the ear and will leave you with tons of creative options to manipulate your sound. Although quite different in sound from the VCS3, XILS 3 and VCS...[Read More]

Trevor Rodriguez May 5, 2014 No Comments